Another set of challenging titles - had fun going through old pictures to find the relevant pictures. Thanks Hawthorn. 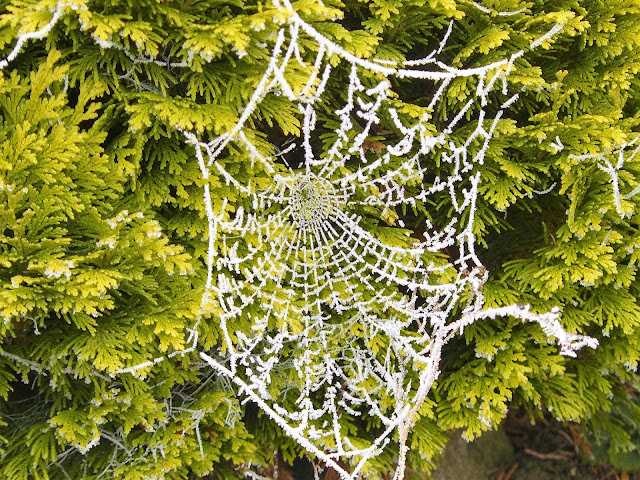 A frost covered spider's web in our hedge. 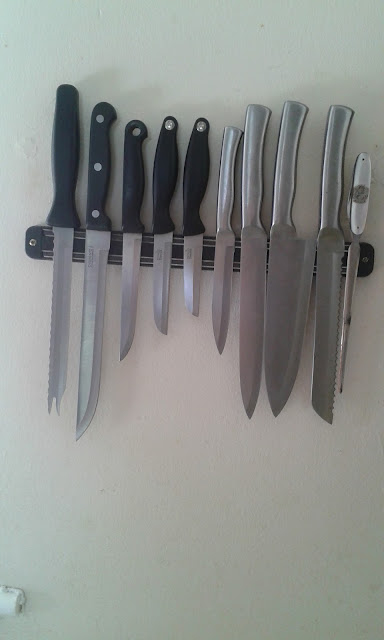 Not  one blade but nine plus a letter opener.  It may look impressive but I must admit I actually only use my favourite two regularly and have now given Eldest grandson three of the silver handled ones to take to Uni with him this weekend. 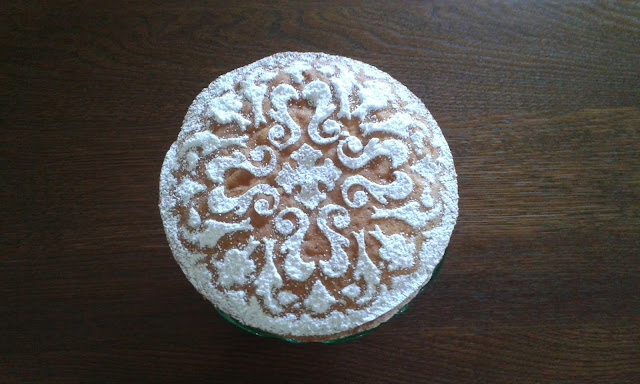 This one had me stumped until my daughter-in-law suggested a doily and then I remembered I have a lovely plastic one for decorating sponge cakes  so this last weekend I used it to sprinkle icing sugar over a raspberry jam filled Victoria sponge. 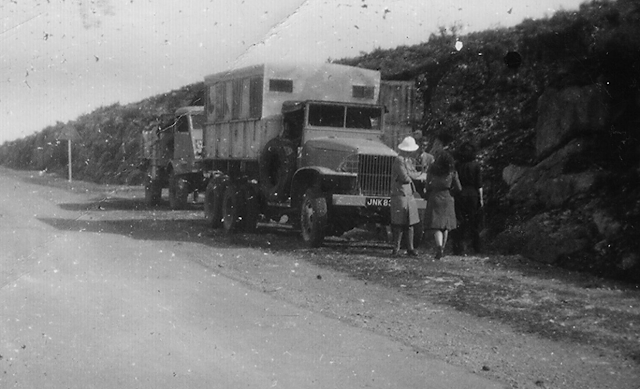 In 1948 Britain was still suffering from the aftermath of the war and jobs were scarce.  My father saw an advert in a local newspaper asking for people to join an expedition to Southern Rhodesia (present day Zimbabwe). The difference with this journey was it was overland through Africa.  On 4th February 1948 we joined the expedition at Dover, travelled by ferry to Dunkirk, then across to Marseilles and from there by troop ship to Algiers. We drove down through the Sahara Desert to Chad. We were not allowed to travel unless we had sufficient water and fuel and had to leave a deposit to cover the cost of a search if we got into trouble.  We went from one Foreign Legion post to another where we had to check in.  The days were extremely hot and the nights freezing cold. My mother told me the stars were so bright that they could read by them. There was no proper road through the Sahara, we just followed markers which were made from concrete filled 44 gallon drums. There were bad sand storms when we could not travel, just had to wait for them to blow themselves out. We travelled through  the Belgium Congo (present day Democratic Republic of Congo) to Northern Rhodesia (Zambia).  We stopped in the capital Lusaka where I was told I asked for an icecream.  My parents got chatting to the owner of the shop who on enquiring about our strange looking expedition told them that there was very little employment in Southern Rhodesia and they would be better to stop there in Lusaka.  As you can see from the photograph – which I must add is an enlargement of a picture ( 5 x 7 cms) taken on a box Brownie camera, the transport consisted of two old US war surplus Ford trucks, one with canvas sides and canvas deck chairs inside and the second carried all the tents, trunks and food.  There were 13 of us in all, including the two drivers.  I have just been reading my mother's notes and see the Arabs wanted to buy the two teenage girls that were amongst the party and that Bedouin warriors in their black and purple robes galloped alongside the trucks brandishing their riffles and how frightened they all were.  The journey was about 7500 miles and took us from 4th February to 4th April - 8 weeks in all. I just wish I could remember more about it, but then I was only 5 years old.

As in later life we often holidayed in Capt Town and visited both Cape of Good Hope and Cape Agulhas (the actual southern tip of Africa)  I can say I have travelled from top to bottom of the African continent - not quite Cape to Cairo but Cape to Algiers. 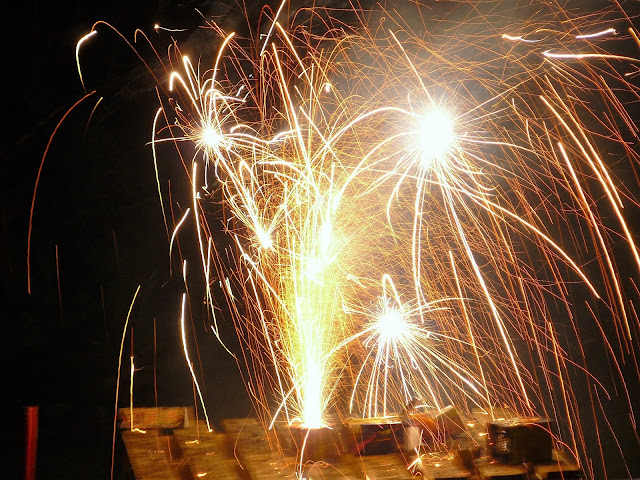 Memories of Guy Fawkes Night some years ago in Hawthorn's garden......lots of lovely hot soup, jacket potatoes and brownies.  Yum. 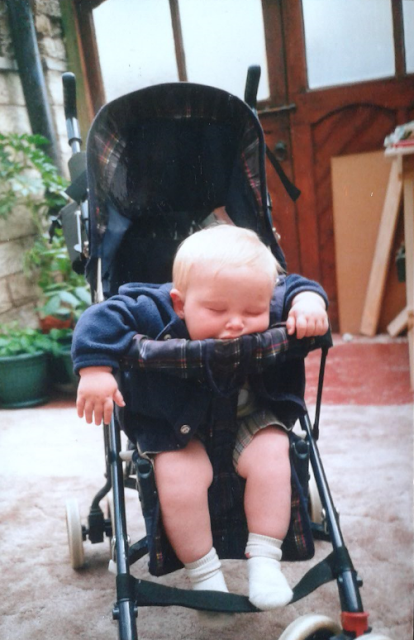 Although I have many pictures of Jak the Cat asleep in all sorts of positions I could not resist this picture of Youngest grandson (now nearly 6 ft tall) asleep in his pushchair 16 years ago.  The innocence of childhood!!  His feet are bigger now, not nearly so cute!! 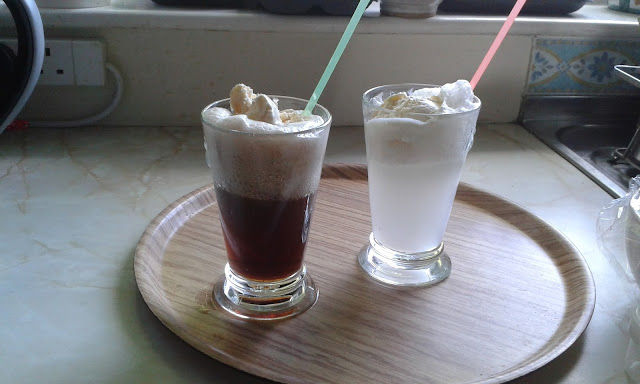 I am rather taking liberties with this - remember Coke Floats?  I have not made one for years and so this last weekend Eldest made this under instructions from Hawthorn and myself.  One Coke and one Soda Float...........brought back teenage memories of Moggi's Milk Bar in Lusaka (Zambia) !! 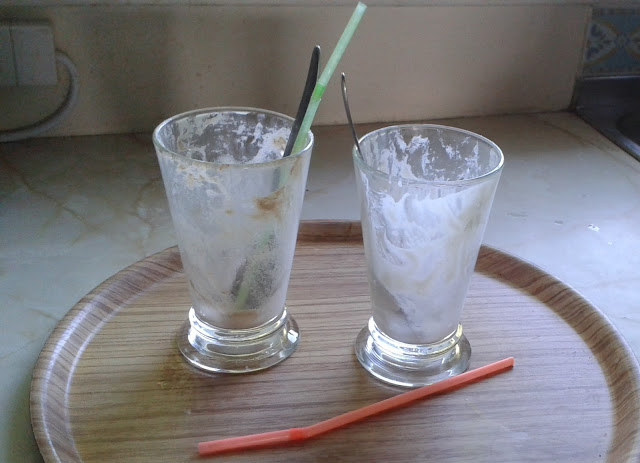 Around these parts Autumn seems later this year (thankfully) so I once again had to search my old pictures and found this one taken in 2007 by  the River Wharf at Bolton Abbey, Yorkshire. 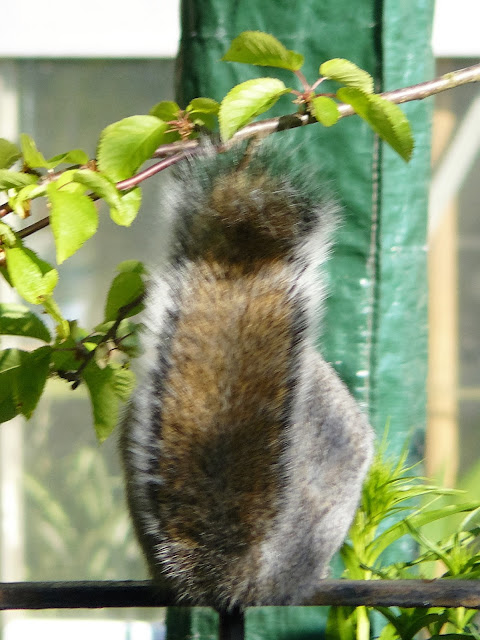 We always have grey squirrels in our garden  and I just could not resist this lovely furry tail. 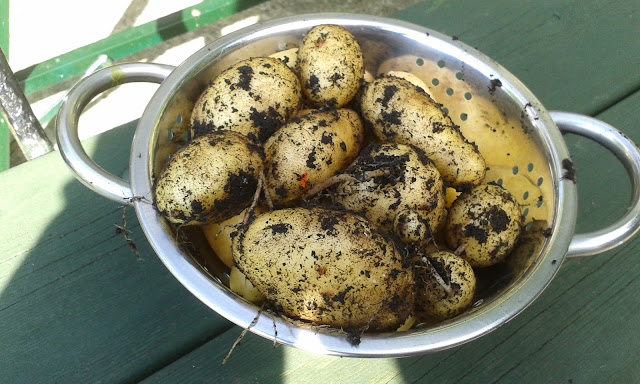 What can be more new than freshly dug up potatoes from my garden.  I have to grow everything in pots as it is all done on a tarmac driveway.  Mmm, new potatoes gently boiled with a sprig of mint and served tossed in butter. Yuim!!