Once again Hawthorn has devised an interesting list of topics for us.  A pleasant way to get through what has been a cold and and rather miserable February has been to search through my archived photographs.

I have many lovely snowy views out of our lounge window but this one showing the clear tracks cutting through the pristine snow covered field made by a tractor delivering feed to the sheep at the far end of the field is a favourite. 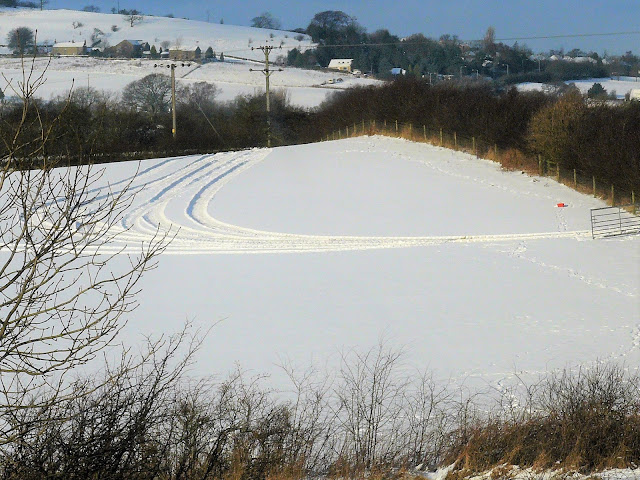 While living in South Africa our son had a foundry making mainly ornaments for the tourist shops. This mare and foal are a couple of my favourites.  A lot of work goes into making something like this, many hours of cleaning up and polishing.  B used to help him after work.  The two of them would be grinding and polishing in extremely hot temperatures, up to 40 deg some days.   I don't keep them as clean as I should do. Not a job I am very keen on doing. 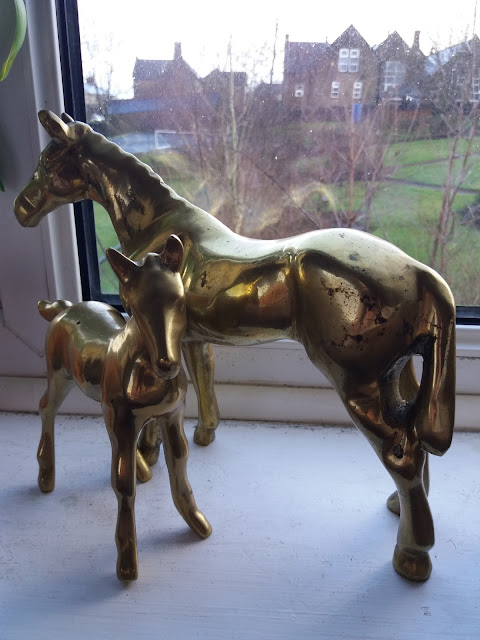 Can you see her? 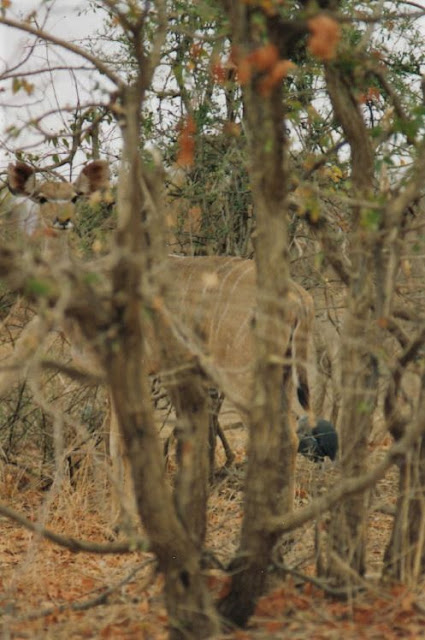 It is a female kudu almost hidden in the scrub bush at the side of the road in the Kruger National Park in South Africa.  Also in the picture are a couple of guinea fowl  but to be honest I was not photographing them and only noticed them when searching for this picture.  The kudu will be there one minute and then disappear into the bush the next with their stripes blending in with the long grass.

They are one of the largest antelope in Southern Africa and the male has most impressive horns.  (Picture of male thanks to Google). 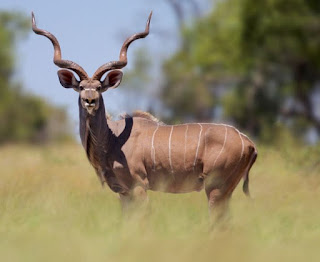 
Again this picture is taken in the Kruger National Park.  We lived on its border and would visit as often as we could.  Jackal are well know scavengers,  hanging around a lion kill waiting for leftovers. Like our British fox they are smaller than one imagines.  We did not see many as they are nocturnal and this is the only photo I have of the black backed jackal out of hundreds of pictures.  The smaller picture below is once again thanks to Google, but it does show his black back in more detail. 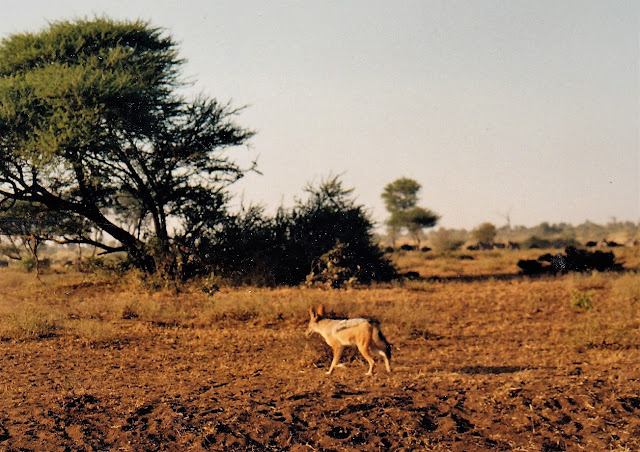 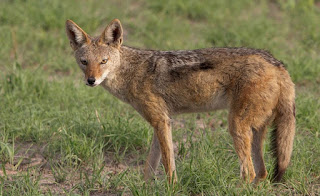 
Eldest Grandson gave his mother and me an amaryllis bulb in a pot at Christmas.  I waited patiently for it to grow, then when this topic appeared I thought I would photograph it weekly for the whole month, showing its progress.  It started to grow alright but then seemed to have a brown mark down one side of the stem.  It seemed very stunted especially when a second bud appeared beside it and rapidly overtook the original but when I saw Hawthorn's plant at full height with three gorgeous flowers I knew mine was in trouble.  But it still falls under this category so I will chart its progress for you.

Whilst looking out snowy pictures for 'White' I came across this beautiful one of a young Roxy, our son and daughter-in-law's chocolate Labrador, lying in the snow.  She loves lying flat and dragging herself on her tummy through the snow.  I thought I'd use it as my own choice as I'm sure there won't be a topic where I can use it for a while. 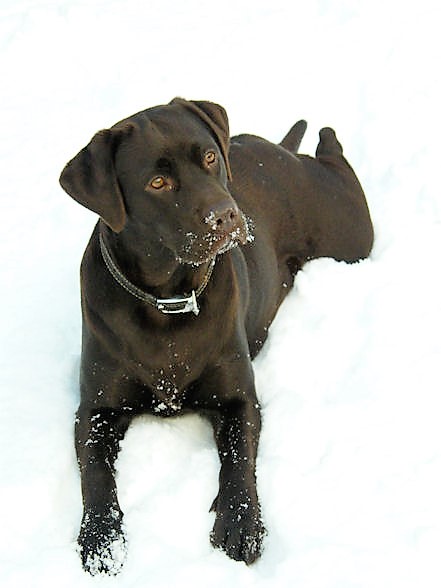