Can't believe it is the end of March already.  Been a grey, cold and often snowy month here in the UK so going through old photographs of the Kruger National Park and God's Window in the Panarama route in South Africa was a very pleasant way to pass the days.  Once again an interesting selection of topics from Hawthorn, looking forward to seeing other participants interpretation of the headings.  Check them out  Here

There are potholes big and small blighting our British roads and then there are Burke's Luck Potholes, enormous holes formed in the sandstone by years and years of water erosion  where the Blyde River (River of Joy) and the Treur River (River of Sorrow) meet in Mpumulanga, South Africa.  You can get some idea of the size of the 'holes' when you look at the bridge and people at the top of the photograph. 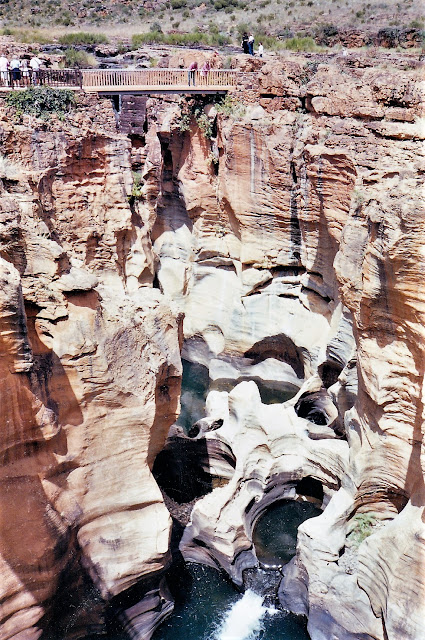 I am at present knitting myself a cable fronted pullover.  I am going through a knitting phase, gone off crochet for a while.  What is it about green and photographs.  It is actually a pretty sage green, nothing like the photographs at all. Lovely Lady always complains about it on her other blog and now I see what she means.  Rug in background is a funny colour too. It is definitely not pink! 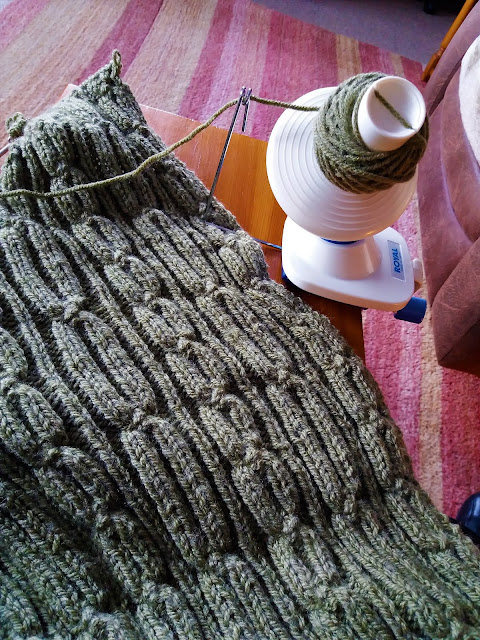 I'm not great about reading during the day, it is some sort of guilt feeling I have. So other than the daily newspaper which I read thoroughly and enter the Sunday Crossword competition, I do not have a novel on the go though I have several stacking up waiting to be read.  What I do read last thing at night  is from My Daily Bread and the readings that go with it. 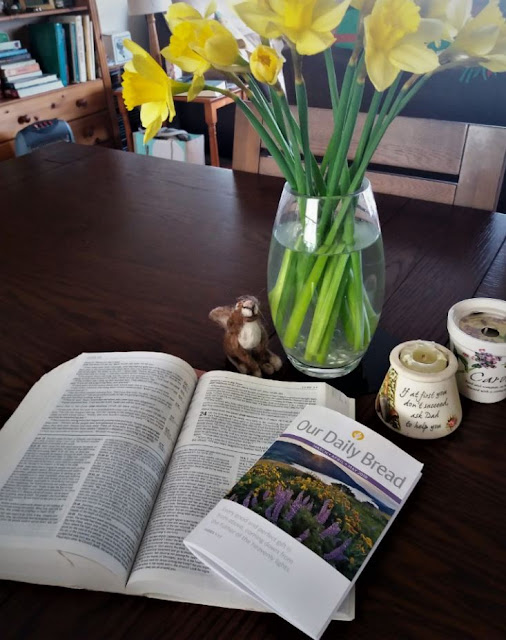 I am sure you  have all stopped AT a zebra crossing but how many of you will have stopped FOR a zebra crossing!!!  Photographs again taken in our beloved Kruger National Park, Mpumulunga, South Africa.  No two zebra have the same markings, they are all individual, like fingerprints. 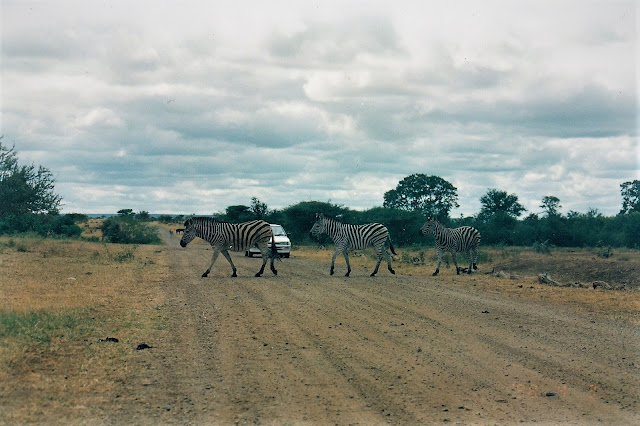 This is a Hornbill being mobbed by starlings at the Skukuza Camp Site again in the KNP.  This time it was taken on an all too brief stay there with Hawthorn and Himself  out visiting us from the UK.  You will see how colourful Southern African starlings are compared to our rather dull black spotted ones here in Europe.  The birds were all after the bread crumbs they were scavenging from around the tents.  There are very strict rules about feeding any of the wild animals in the park but somehow the birds in the campsites manage to get around that rule!! 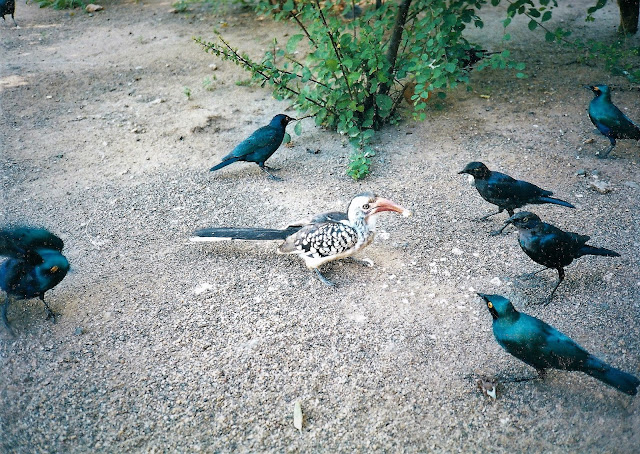 This month my own choice is a sort of continuation from last month's sad tale about Audrey the Amarylis.  Well the second bud went on to grow and grow and produced not two, three or even four buds but five.  Hawthorn suggested the extra one was to make up for the previous disaster.

For those that did not read about poor Audrey the Amarylis,  the original bud just rotted away after a halfhearted attempt to open..  The picture below is a reminder. 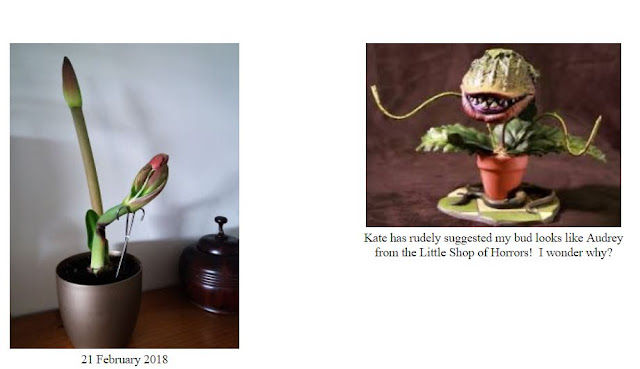 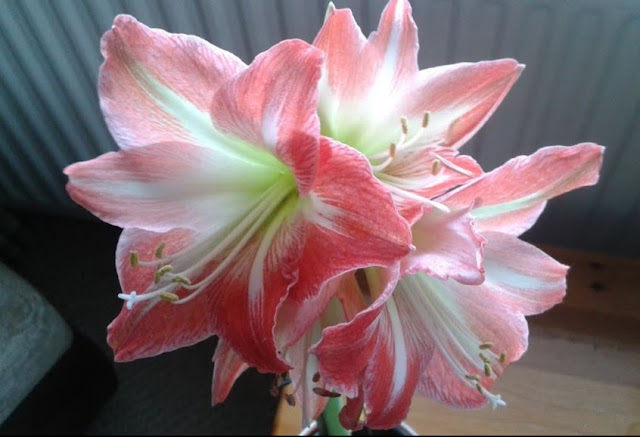