Once again Kate has set a random selection of words.  It took me a while this month to decide which photographs to select and then I completely forgot to do it.  Life took over.  Then yesterday Lovely Lady reminded me they should be posted today.  Panic. So here is my take on Kate's words - rather hurriedly done.
Kate has been too busy to post this month.  If you could see the work she has achieved together with a couple of friends to get the Trawden Artists and Makers village art festival up and running then I know you will forgive her.  You can check out what she is up to here   TAM-trawden-artists-makers- 2018 and see some of the work on display this weekend.

Like most proud grandparent I keep a few 'art' works done by the grandchildren.  I think these two pictures, though I am sure were done with the help of their mother, fit the heading.

The double print was done by eldest who is now 20 and doing his 3rd year at Lancaster University and the single print is done by youngest. now 18, who has finished school and has started an apprenticeship. 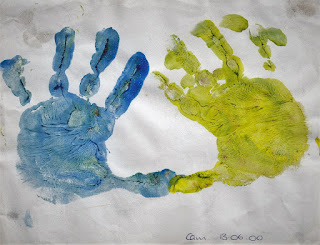 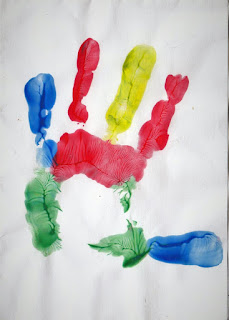 Near where we lived in Mpumulunga, Northern Province in South Africa is a Cheetah rescue centre where they take in Cheetahs that have been raised as pets or injured and rehabilitate them so they can return to the wild where they belong.  There were a couple of Cheetahs who had been raised as pets and been used in advertising alongside beautiful models.  They were so tame they could not return to the wild so lived in this enormous enclosure but preferred to stay near where the visitors entered the centre.  That explains why my photograph of a beautiful spotted cheetah was taken through a wire fence.  She just sat there purring just like a contented domestic cat but what a purr.  It was so loud 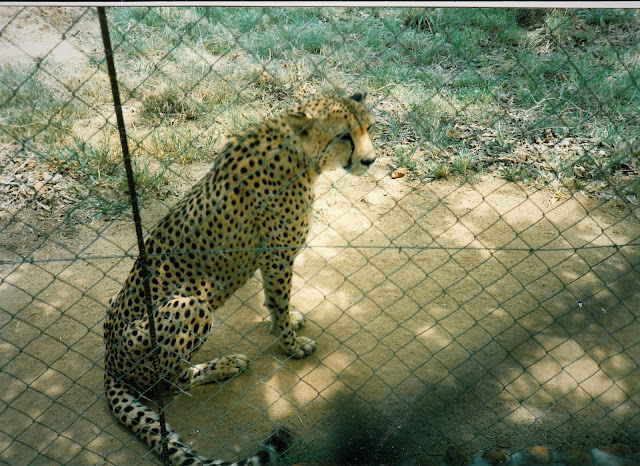 Not much to say about this sign except it was taken on the road north of Berwick-upon-Tweed, Northumberland. 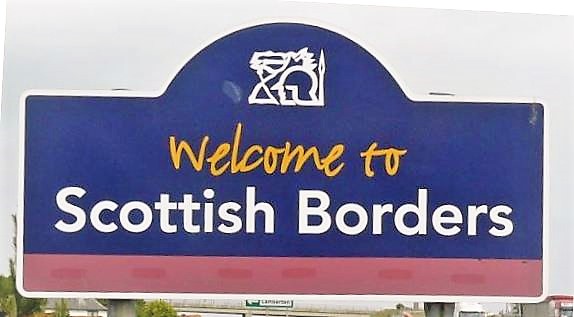 The Flame Lily (Gloriosa Superba) is the national flower of Zimbabwe where it is a protected plant.  A diamond broach in the shape of a Flame Lily was a gift from Southern Rhodesia (modern day Zimbabwe) to the Queen on a visit in 1947 while she was still the crown princess.

When the rainy season started these beautiful flowers would come into bloom.  We used to pick a vaseful of them but as so often happens, people stripped the countryside to sell the flowers and so they became a protected species.

You can see why they are called 'Flame Lilies'. 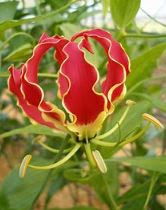 Ever tried making roses from the gorgeously coloured autumn leaves?  Kate and I made some years ago and some of them are still going strong.  I get them out each Christmas and use them in my indoor Christmas Wreath which I make using as many dried things as I can as the central heating kills it off otherwise.
The heading 'leaves' inspired me to go and find some fresh leaves and made some again for this post.  Trouble was, I don't have the right kind of trees here any more so we dashed off to Aldi where there are sycamore trees but the winds had blown most of the leaves off.  I did bring some home but they were not supple enough.  So I have resorted to using the lovely yellowing leaves of my climbing hydrangea (Hydrangea petiolaris) which were really on the small side.  If you can still find some leaves where you are they are fun to make.

Selection of rather small leaves 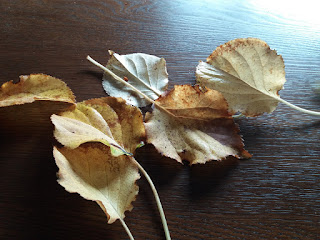 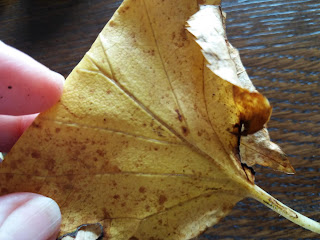 Roll up small leaf for centre and wrap first leaf around it, outer corners folded across from each side. 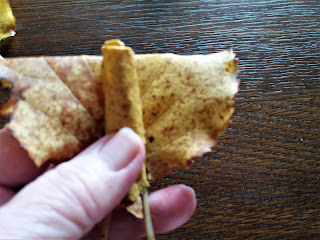 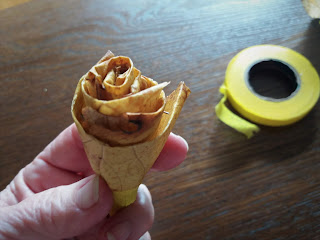 Give a half turn and fold another leaf around first 'petal'.  Continue in this way until a rose bud forms.  This is easier with larger leaves. Holding it firmly at the base, wrap some florists' tape around the stems of the leaves.

Now you have seen how easy it is, check out this site diy-maple-leaf-roses-6-easy-steps

As it is the 100th anniversary of the end of WWI at the moment I thought I put in a special mention of B's grandfather who was killed in Belgium where he was a tunneller with the Canadian Engineers.
We recently went to see the war memorial in Dunfermline, Scotland,  his home town, where his name is listed.  There we saw these lovely memorial benches that were all around the area. 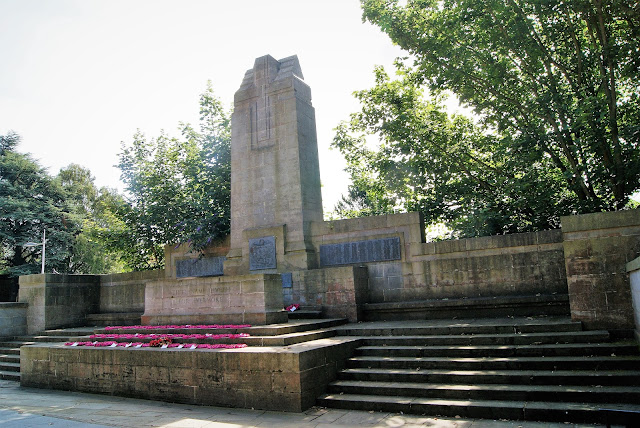 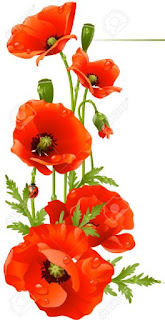 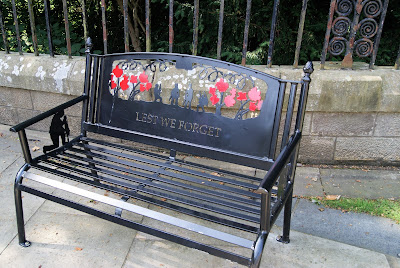 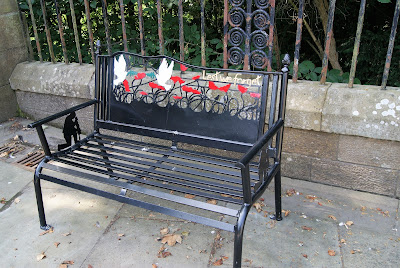