Don't know what has happened to my month this time.....I had not realised it was the last week of the month and other than think about what photographs I could use, I have done nothing about it.  The penny suddenly dropped and now I am having to do a rush job, not the way I like to do it, especially as the words were my suggestion this month.  So here goes.............

This picture was taken of our Labrador Misty who loved to cool off in the Giyani heat which could go up to the 40's in the height of summer.  She did this on her own accord.  She would alternate between the spray and then lying on the cool grass in the shade.  She had the right idea. 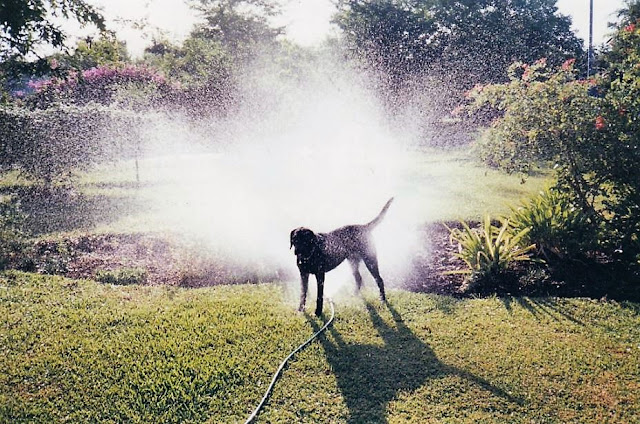 I have a very old knitting machine, an Empisal No 2, almost the most basic of all.  I was gifted it nearly 48 years ago when we lived in Bulawayo, Rhodesia (Zimbabwe).  It is so basic that I would knit the ribbing by hand, hook it on, then to make it work the knitting needed to be pushed back behind the needles, the wool laid across the now open needles then the work pulled forward to close  them.  The saddle is then moved across to knit one row.  Very basic but effective.  I could do simple cable by moving the stitches across each other, or lines in the work by pushing every 5th stitch back and it was terrific for stripes. I made our children's and our own jerseys for years including a cable cricket jersey with the appropriate stripes around the bottom and neck band.

I have used it more recently for making long strips for Hawthorne's yarn bombing project.   It was for this that we got it down from the loft.  It has 2 pull out rods at the back . One slides out to enable me to push back the unwanted needles out of the way or the one at the back which holds in the needles and I could carefully slide out to replace damaged needles.  I don't know what I thought I was doing but I pulled out the rear rod which released all the needles which came crashing out.  As always, when I do something stupid like that I call for help from poor patient B who not only carefully replaced the fallen needles but first cleaned out years and years of dirt lodging underneath.  It really was a disaster. 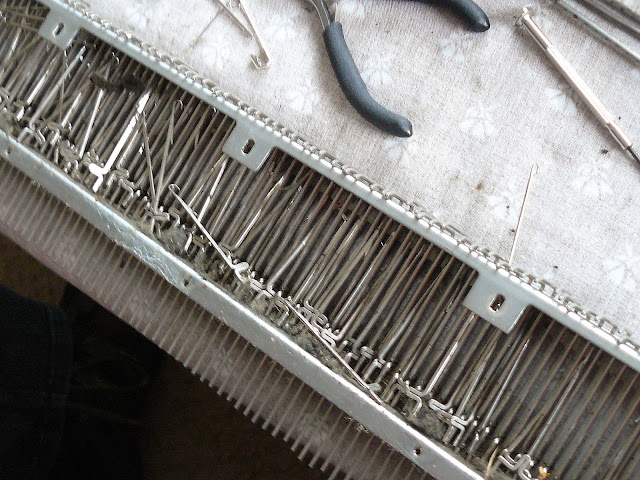 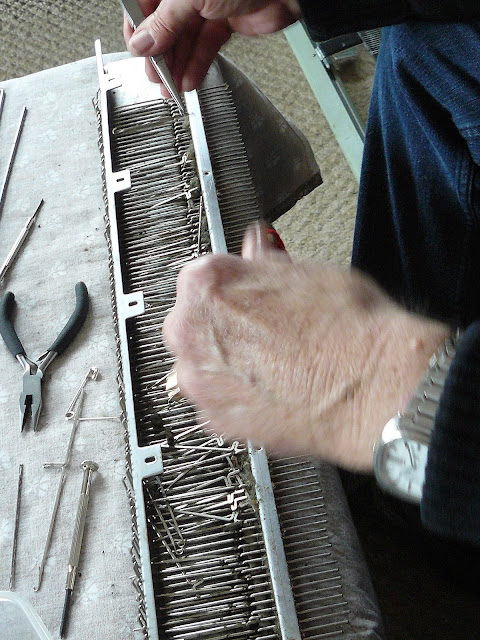 While on a nostalgic trip through old photographs I thought I would show movement in this lovely picture of Ben, our beautiful long haired German Shepherd who B had trained and used in displays with other dogs handled by Hawthorn, myself and friends at dog shows around Mpumulunga, South Africa.  I love the power in his jump and the movement of his long silky fur as he leapt fearlessly through this fire hoop.  This is only a single hoop in this photograph - he happily jumped through three or four standing side by side. 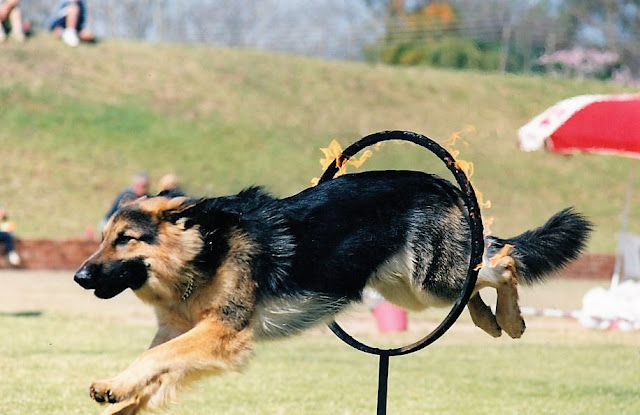 I love this picture of a fence taken at Long Newton. It is one of our favourite beaches we visit when we are in Northumberland.   After a high spring tide there are always interesting bits of china washed up on to the beach from a ship that was wrecked out at sea many years ago. 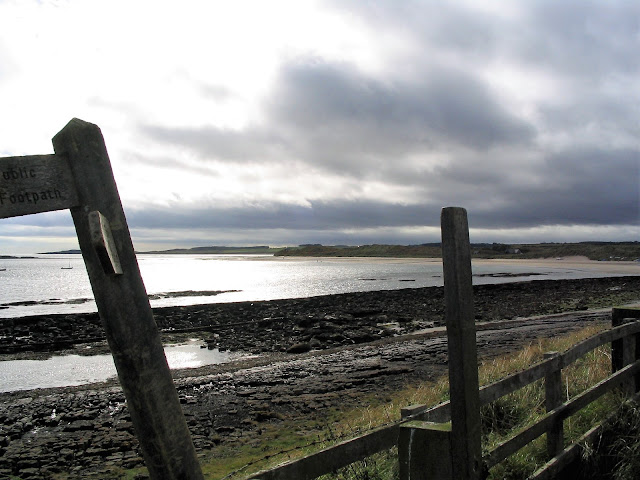 This giraffe is feeding off an Acacia tortillis tree or Umbrella Thorn in the Kruger National Park.  The tree has long spiky thorns in pairs. each with a smaller hooked thorn on the side.  The giraffe has adapted to feed off these trees, thorns and all.  They wrap their long black tongues around the leaves and thorns and pull them off.  After chewing the leaves they spit out the thorns.  A clue to the fact than a giraffe has been feeding off a particular tree is the pile of thorns on the ground underneath. 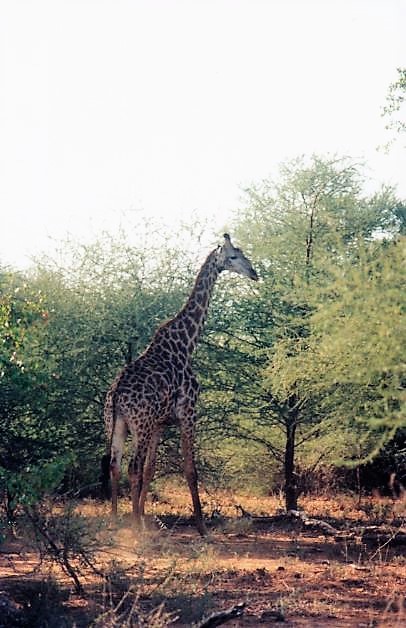 Whilst searching through my KNP photographs for the one above I came across this one of a Vulture Restaurant.   This is something private game parks often do, not only to feed the vultures but also to bring them to one central area for tourists to be able to see them feeding.  We were never in time to see any of these in action but have seen vultures in their natural habitat waiting to feed on a lion kill when the lions have left the area. 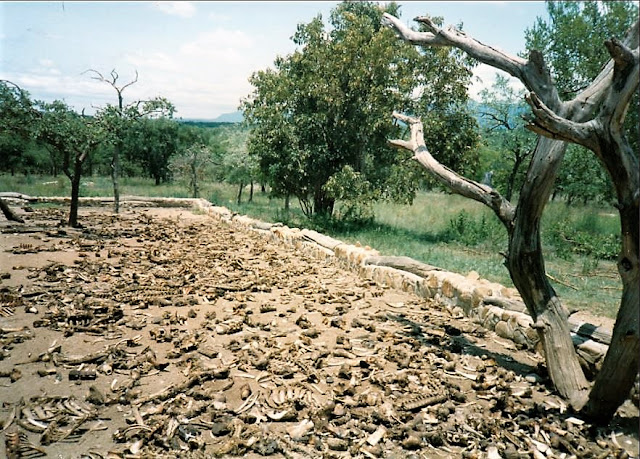