It's June and at the moment sweltering hot.  Today is said to be the hottest day of the year.  Even though I lived in Africa for 55 years, I am melting!! I have acclimatised to living in the UK.

Kate has selected some very good words for June, very suitable for this month.  As usual I have not noticed the date and am hurriedly assembling the pictures I had mentally planned to  use.

This panoramic picture was taken a few years ago, before the enormous Leylandii trees were cut down completely changing the look of our garden.  But this is what I prefer to remember it as looking like.  This is all done in pots on the end of the driveway in the block of flats where we live. (Click on picture to expand to full size)

A week ago, out of the blue, I received a delivery of cut flowers.   I had no idea who had sent it, in fact I double checked the box in case I had opened something for our neighbour.  From the original box it was delivered in to the unpacking of the flowers I was full of amazement.  The pretty outer box contained wrapped flowers with a pink ribbon and sticker saying  shh...your flowers are sleeping.  Then each flower was carefully enclosed in stretchy netting.  There was a booklet naming all the flowers and giving arranging suggestions.   And then when I saw who the card from I realised it was from a very special person.....................thank you. 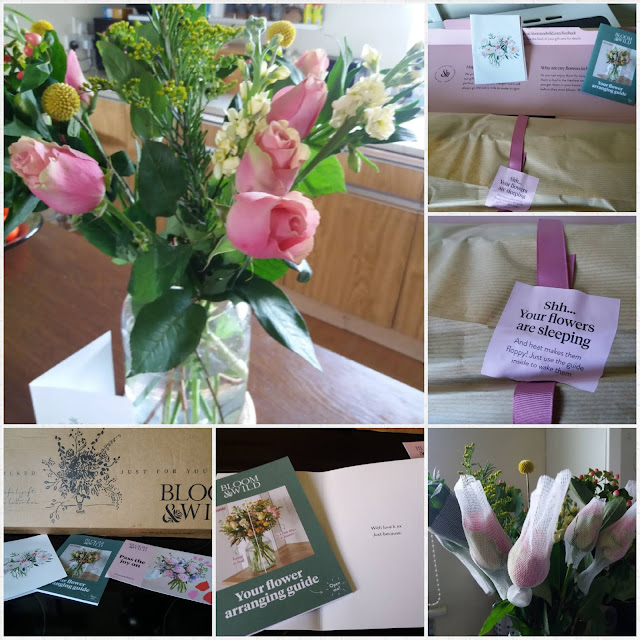 My peony bush was in flower, never gets many blooms so they are special to me.  This year we were having very windy and wet days so I thought I'd rather cut them and enjoy them inside.  I added them to my beautiful vase of flowers which had started to open up and were so beautiful.  Here they are together. 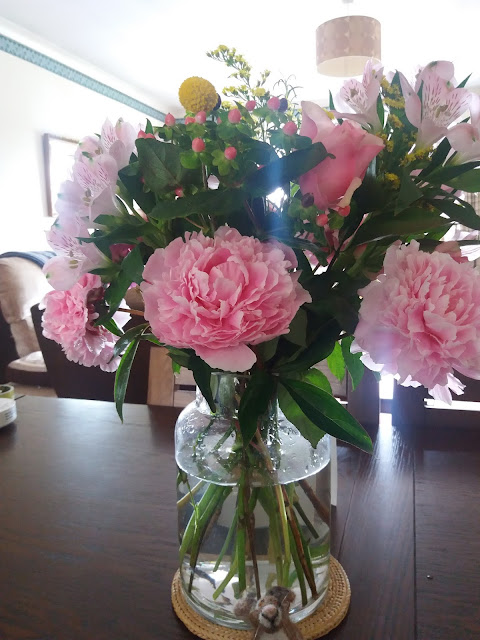 Our lounge has a large window facing towards the most beautiful sunsets.  They vary from month to month,  I used to photograph them but now have so many I have not taken pictures for a few years.  I did not realise that until I searched through my archives to find one taken in June.  I must remedy that. Never take beauty like that for granted. 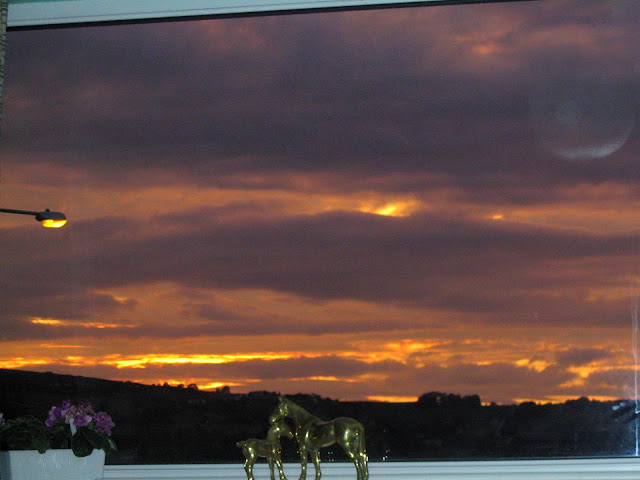 I can't have a post without one of my photographs from the game parks in South Africa.  As you all know, rhinos are protected as they are being poached almost to extinction.  But they roam free in these game reserves and are not worried about the cameras on the water holes.  The rangers on the camera do not allow them to be seen and the minute one appears the camera is whipped away and we get to see sky, trees, anything while they focus their cameras elsewhere.  Because we watch late at night we are occasionally lucky enough to see rhinos going to the water for a drink as the person on camera duty may not be so alert.  So a couple of nights ago I was closing down my computer and just checked all sites,  and  there were two rhino having a drink.  I grabbed my camera and took a photograph of my computer screen.. There is a time difference between us and South Africa and I think the cameraman must have dozed off as we had a long privileged view of these two precious animals.  As they turned to walk away we could see their horns had been sawed off  for their safety.  Sorry it is not such a good picture but they are so special, I had to share. 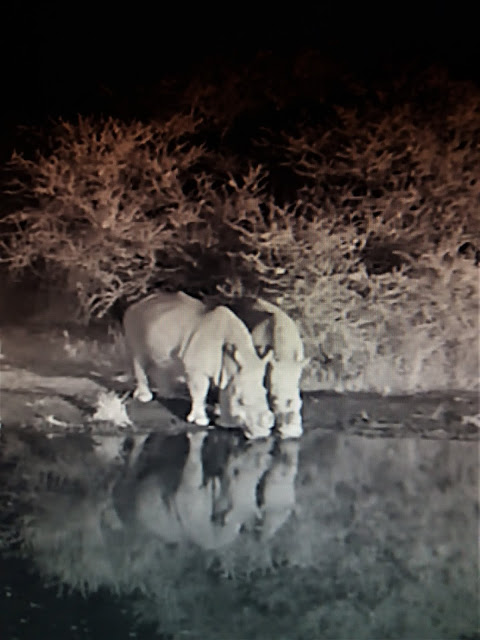 Back in March I ordered some bedding plants on line from a well know supplier as we did not think we would be able to buy as usual.  The seeds I had ordered at the same time came promptly and I knew I would have to wait for plants as they always arrive at the correct time for planting.  I duly received notification mid May saying they had been dispatched and would be delivered within 48 hours.  But they never arrived.  I contacted the company only to receive an automated email - not very satisfactory.  But last week, after I had given up all  hope, I received an email saying they would be fulfilling my order or would reimburse me.  Then on Monday I was notified that my plants had been dispatched and they arrived yesterday.  I am so pleased - now to find somewhere to plant 60 assorted plants as I have planted up nasturtiums and some petunias eldest grandson and his girlfriend found for me at Aldi as I needed to fill all the empty pots!!. 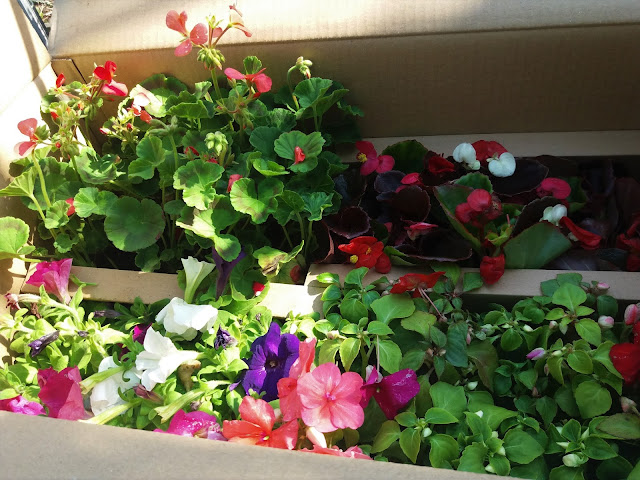 Now to go and check on everyone else's entries.  Keep well, keep safe and don't melt in this heat.
Posted by Jak at 12:30 am 11 comments: