March winds have definitely lived up to their reputation and more this month. What with the terrible cold windy weather we have had in the UK although it does not compare with what has happened in  Mozambique, Malawi and our beloved Zimbabwe. Such devastation and to people who, in the main, have very little and live in very ramshackle houses.

Here are my interpretations of Kate's selection of words for this month.  I hope I am thinking far enough outside the box.  They are either from my archives or taken from my latest photographs of what we have seen at Tembe Elephant Game Park in Natal. The only trouble is that the quality of pictures is never 100% as I have taken them with my iphone of the computer screen.

My choice for this word describes the topography of the Springbok FLATS in the Limpopo region of northern South Africa.  For a while we lived in Zebedelia and our view was across this vast FLAT area. It is about 9 kms x 130 kms (5 x 80 miles) and approximately 1000 m (3300 feet) above sea level.  It is very fertile area with large mineral deposits of uranium and coal. 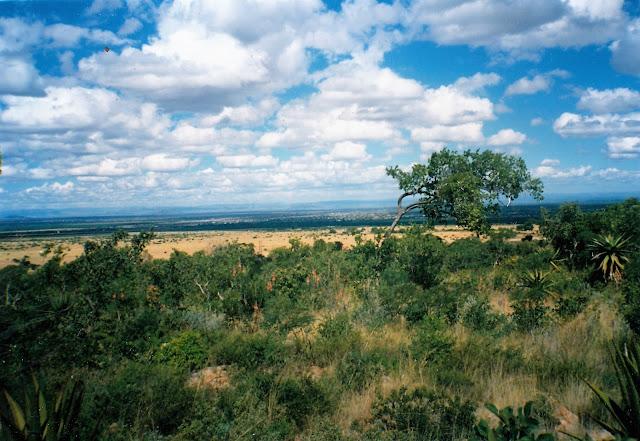 This picture  was taken in January 2010.  Fortunately not our car snowed in but one parked below our flat. I have been looking at all the snow in that set of pictures.  I think it was the most we have had since returning to England in 2000. 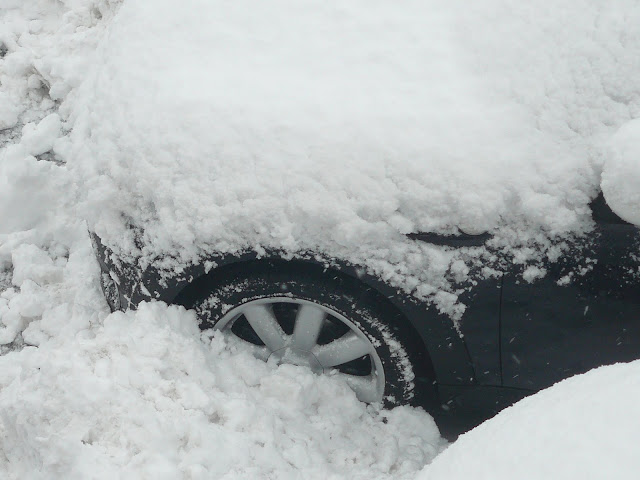 Prior to the second world war my father had a small band and they played in hotels in and around London and Eastbourne, mainly for tea dances. His choice of music would have included SWING as that was becoming popular around that time.

Photographs from that era show ladies in their frocks and hats and googling the details now shows tea dances are still going strong in Eastbourne today.

This picture is from an original postcard I have in my collection. It only shows four band players but he ended up with seven men in his group. 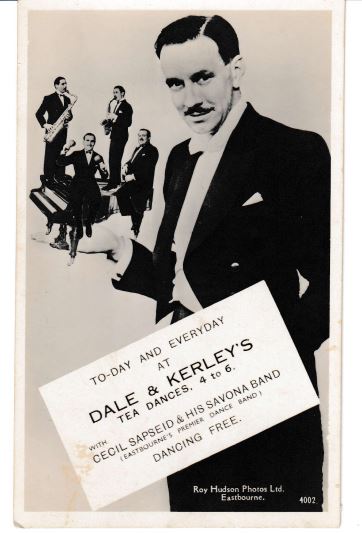 When the call came to enlist early in the war, my father and his band all joined up together.  He was turned down for the air force because he was slightly colourblind and the the army because of his flat feet. So he and his band were sent to work with ENSA, the Entertainment National Service Association.  They played for the troops all around Britain and also were used as decoy soldiers when ships were sailed north towards Norway to confuse the Germans.


Below is a picture of my father in uniform  with his SWING band. 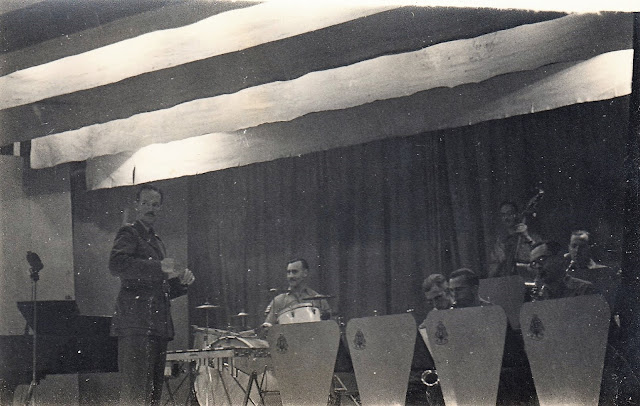 
I can't do Kate's picture hunt without using one of my photographs taken from the Africam.com site. This time it is of a very RAGGED ears of two elephants.  They get torn by thorn bushes, males fighting and general wear and tear.  It is a useful way of identifying different elephants as they do look rather similar.  The camera has been off line for four days.  We had been watching a terrific African thunderstorm on Monday evening when the camera went off line.  We found out it had been hit by lightening. As the game reserve is close to Mozambique it may well have been part of the horrific cyclone that hit that area. 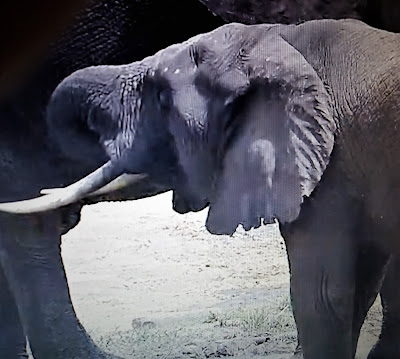 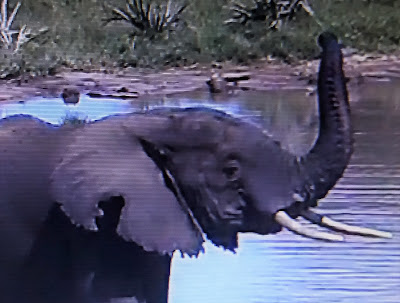 Pot, a cooking container; a flower pot; the total sum of bets made on a round in poker and other card games; to plant in a flower pot or preserve food so google tells me.

Then there is the other kind, the one you smoke ... no not the illegal marijuana kind but my father's tobacco jar or pot.  He brought it back after a trip in 1949 to Nyasaland or present day Malawi. I love it. It still smells of his tobacco after 37 years.  I love its badly repaired knob on the lid and the fact it also contains things made by his grandchildren in the 70's when they were in junior school that my mother must have stored in there. I don't know what wood it is made from but it is very heavy.  Next to it is his pipe, tamper and penknife.  Memories............. 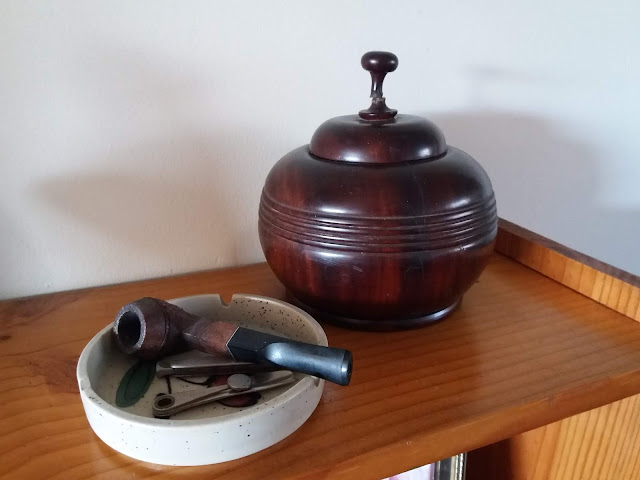 Little Em outside our window asking to be hand fed nuts.  She gave us so much joy even coming in the front door if we ignored her.  Jak our cat did not mind her in the garden but objected strongly if she came into HIS house! 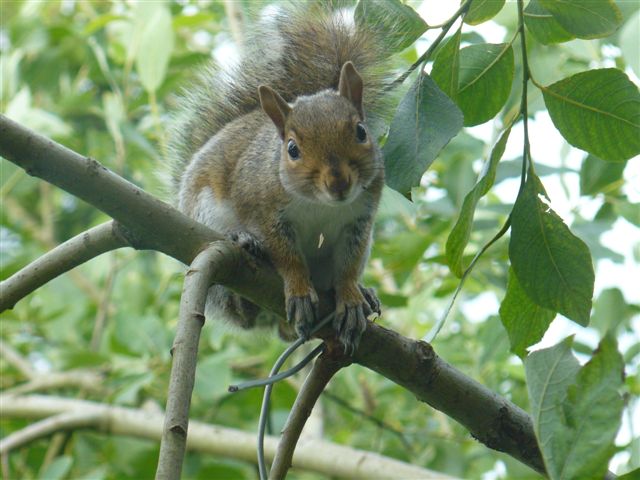