Is it Winter or is it Spring?  It's hard to tell these days!  Whatever - it is the end of February and time to submit my photo selection which again this month is done after a frantic search last night as somehow this month time has flown past again.

I was tempted to submit one picture to cover all the words - think of it -  a picture of delicious Fish and Chips could cover Taste, Smell, Sight and even Touch...the feel of that first chip you always pick up and eat with your fingers and the Sound of an approving mmmm after the first bite!! Then My Own Choice could be the empty plate!  But then I thought no, that is not playing the game properly.  So here is my very hurried selection of pictures.

This picture was taken in fish restaurant in Seahouses where we always go when staying in Lowick, Northumberland.  I love the way it is always on a 'newspaper' page. 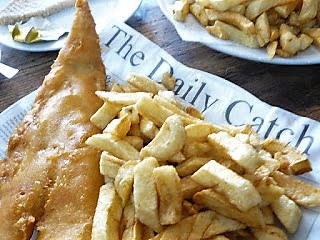 Whilst looking for the fish and chips picture I came across one taken a few years ago when we took Youngest grandson out to lunch at a local carvery. The meat was put on the plate and then we could help ourselves to the vegetables etc.  Note his choice, a sausage, three types of potatoes; chips, mash and roast ................. and not a speck of green on his plate!! 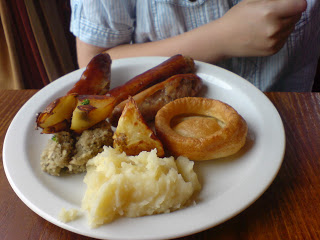 There are so many things I could have chosen, favourite perfume - old fashioned Tweed; cooking and baking smells; many flowers too. But something I love is the gentle, soft, summery scent of my peonies. 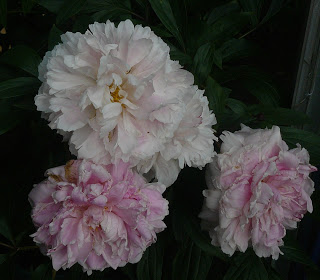 We always stay at the same cottage on a farm in Lowick, Northumberland when we go there on holiday.  A few years ago an artist was living in a lovely cottage also on the farm and  he had been allowed to put art works in and around a little forest the farm owner was developing.  One of the many unusual objects was this wind instrument.  It made a strange haunting sound as the wind blew through it and one could turn it and play the strings too.  Odd but fun.  The curious cows in the distance would nearly always walk over and stand by the fence watching us. 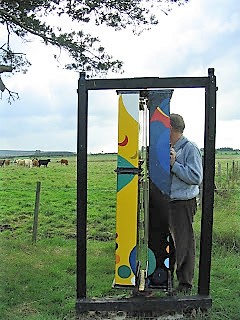 In complete contrast here are some Hadeda (ha de da) Ibis, with the reputation of being the loudest birds in Africa.  They are named after their raucous voice which is heard when they are in flight. 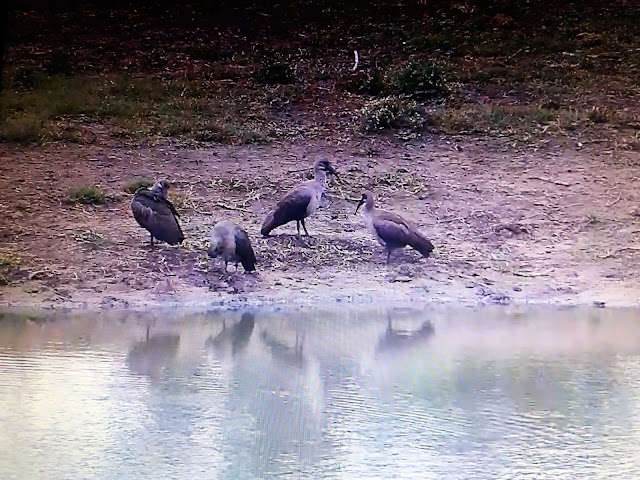 What is softer to touch than a puppy's ears?  This picture of Roxy was taken when she was a few months old with her favourite toy, the softest teddy you can imagine. It was her comfort, her cuddly, her very best thing.  He came from the local charity shop as did most of her and later Jess's toys.
Sadly she and Jess have moved to Scotland with my son and his wife but to this day when I talk to my daughter-in-law I send ear ruffles to Roxy and Jess. 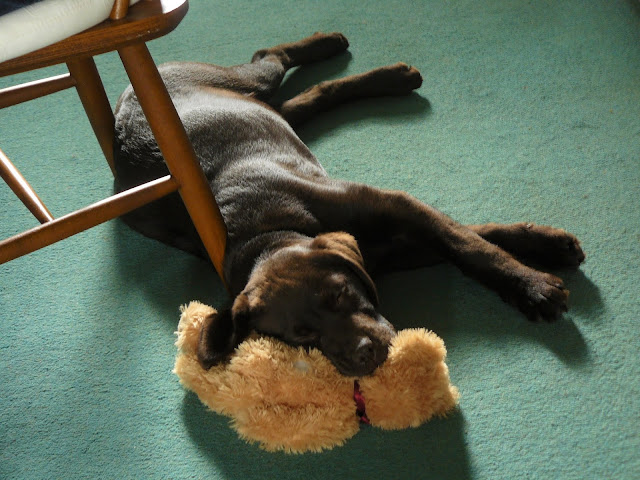 We have our computer on most of the day and evening on the  Africam.com   site and have some fantastic photographs.  The quality is not always that good as I am using my iPhone to take pictures of the computer screen.

Below are a couple of giraffe who have started to be regulars at the Tembe pan.  They are very vulnerable when they are drinking and take a while to put their heads down.  They have large neck veins with a complex system of valves that stop the blood flowing backwards when it dips its head, which can be up to 20 feet lower than when upright.  (thanks to Google) 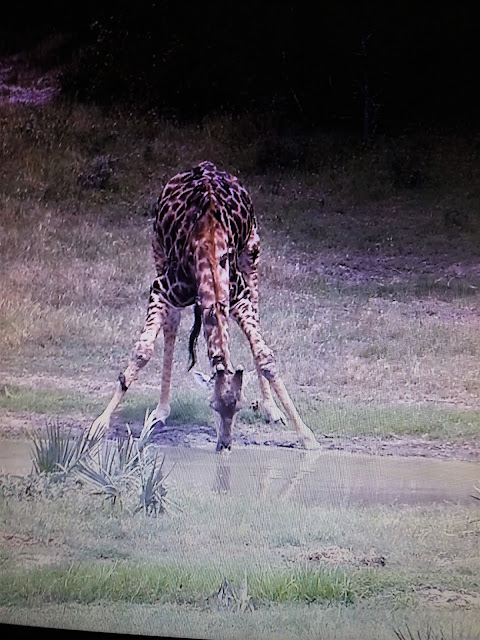 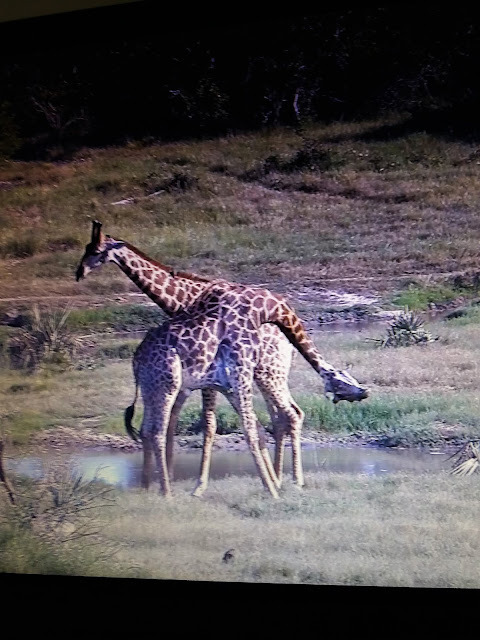 Young males practicing fighting, slapping their muscular necks at each other.

My own choice has to be of these young male elephants having a mud bath in the huge muddy puddle that took them quite a few visits to the pan to dig it deep enough to be able to lie down. They seem to be having a wonderful time.  They cover themselves with mud as protection from ticks and flies. The antelope in the background are Impala and the large bird a Wooly Necked Stork. 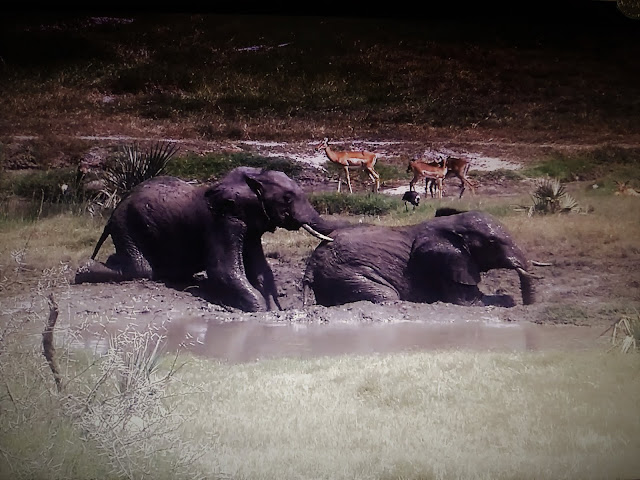 Here is a short video of them playing in the mud. The sheer delight they are having is so obvious.  Again the  antelope in the background are Impala and the large bird a Wooly Necked Stork.  Apologies for a brief appearance of my finger. Got over excited at seeing this action!!

PS.  Do view it on full screen xx