What a variety of words chosen by Kate again.  Makes one think, especially if it involves thinking out of the box.  It's the end of April already, the year is flying by.

This months words are Edge,  Bridge, Mine, Black and My own choice.


As a child we lived in Lusaka, Northern Rhodesia (present day Zambia) and each Christmas and New Year we would go with friends to stay in the beautiful old colonial Victoria Falls Hotel, about a four hour journey over dirt roads most of the way.  It it was wonderful hotel and when I last heard the area is not full of health and safety fences and you could go and stand right on the edge and look at the water crashing to the gorge below.  In the dry season, when the water was low you could cross the smaller Devil's Cataract to an island then walk across the edge of the falls and even swim in the deep pools that had been gouged out by the force of the water over the millennia.  I was terrified and let the 'grown ups' do that. That was one edge I did not like.  B, whose parents lived in Livingstone, the nearest town, swam in these pools with his friends. He tells me now that crocodiles also used the pools to catch trapped fish. Good job I did not know that before.    Sorry. these old pictures are not so  good. This is me aged about 8 with my father an a family friend and where we are standing is just a few feet from a sheer drop. . 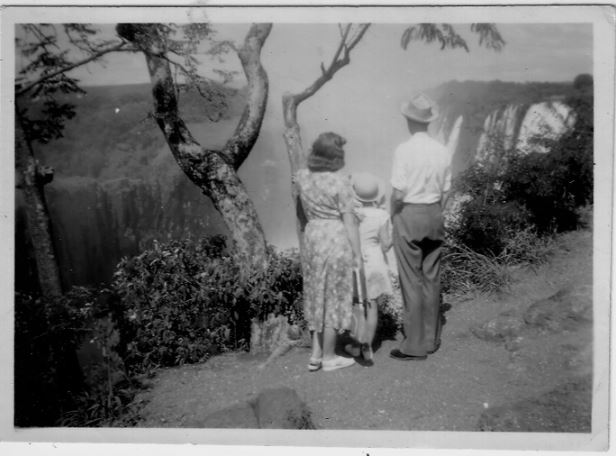 This statue is of the explorer/missionary David Livingstone who was the first European to see the falls in 1855 and the words he used to describe them are on a plaque at the front of this statue.  "Scenes so lovely must have been gazed upon by angels in their flight  He named the falls in honour of Queen Victoria but the locals call it  Mosi-oa-Tunya (the smoke that thunders). There is so much spray from the falls in this picture that you can't see them. 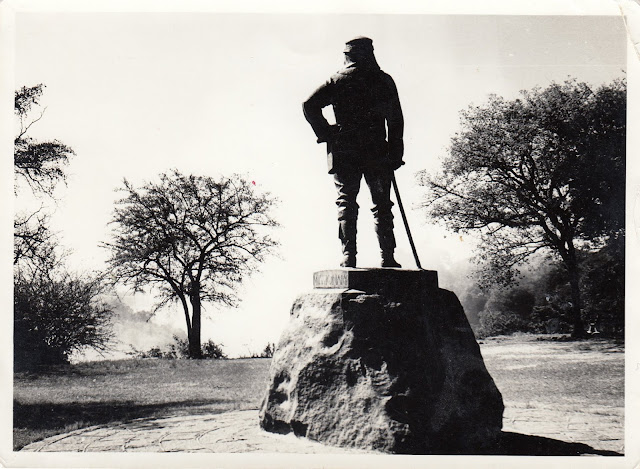 To continue with the Victoria Falls theme.  This is a picture of the famous Victoria Falls Bridge that spans the gorge and links present day Zimbabwe to Zambia across the Zambezi River.

Quite a few children from Northern Rhodesia (Zambia) went to high school by train to either Southern Rhodesia (Zimbabwe) or South Africa and a sort of rite of passage was that the boys had to throw the green leather bolsters out of the windows when of the train as it crossed the bridge.  I'm sure they floated downstream and were being used by some of the locals living further down towards Mozambique.  Today tourists are able to bungee jump from the centre of the bridge. Not for me, thanks. 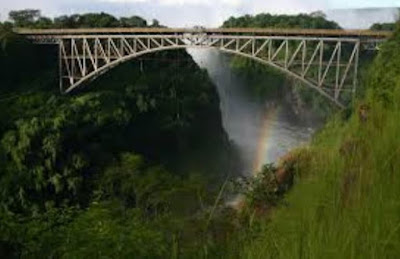 This prompt could either be a Mine or my choice of the personal pronoun mine....all mine.
This picture is of our two Tonkenese cats, Thai and Shan.  They did everything together - good or naughty! Here they are in the bird feeder trying to get the gecko that is on the pole below.  Shan has nearly caught it.  I'm sure she is thinking it is 'All Mine'! 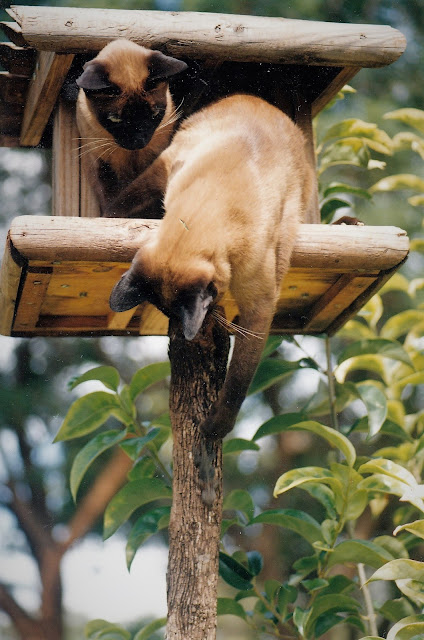 There was no hesitation with photographs for this heading.........Jak our black cat. Here he is bird watching out the window. 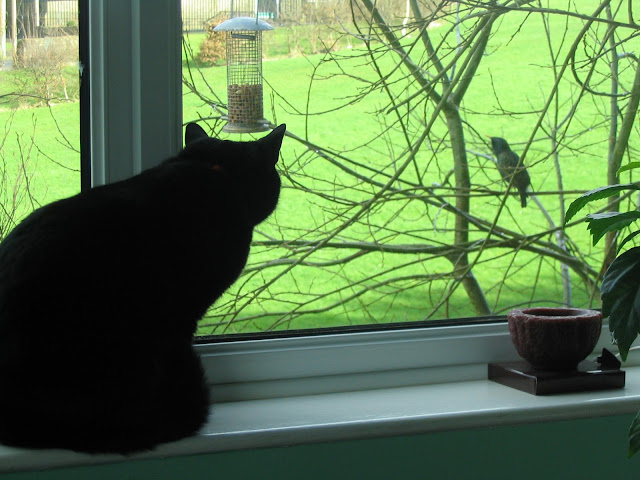 
I had no problems choosing my picture for this Easter month.  Many years ago, in the 1970's I think it must have been, we were travelling from Capetown back to our home in present day Zimbabwe, a distance of about 1570 miles (2528 kms). I have just looked it up and am thinking 'wow' did we really do that every second year to spend Christmas with my parents in Capetown, once even towing a caravan. It took three days.  Definitely with the enthusiasm of youth!  I digress.  The distances are vast and petrol stations often few and far between and then in the smaller towns they were closed on Sundays.   As the new Highway had bypassed many of the smaller towns the garages took quite extreme measures to advertise their presence, usually with very high signs.  But this Caltex garage had gone to even further lengths......they had a Caltex Bunny standing on the main road and he would sort of dance as cars approached (as you could go miles without seeing another car in those days he would not have been that busy). As it wasn't Easter, it would have been early January, it seemed quite incongruous but Caltex advertised their clean rest rooms with an white bunny - not sure why. 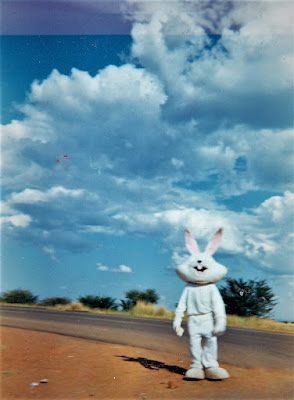 That's all for this month.  Now I must go and check the other posts.   See you in May.