Can't believe it is almost the end of November already.  Where has this year gone to?  Once again this month I have an assortment of old and more recent photographs.  I did find this month a bit more challenging, but here goes............my November selection.

Having been through all my parents’ photographs we are now sorting through all my mother-in-law's pictures. We found these two menus in an old wooden cigar box, in amongst some old Brownie Box pictures. The larger one is from a holiday they had in the 1960’s at Umhlanga, outside Durban, South Africa and the smaller menu is from the Cecil Hotel from when they lived in Umtali, Rhodesia, now Mutari, Zimbabwe.  Just for fun I have just Googled them both.  The Oyster Box is still on the beachfront at Umhlanga, looks very upmarket, and the Cecil Hotel is also still there though twice the size and very modern, not the old two storey, colonial style hotel with a large veranda, complete with potted ferns in half 44 gallon drums.  I scrolled down to read some of the comments and found this one below.......note the chicken sandwiches mentioned are on the menu, the most expensive item, at 2/9p – which Google tells me today  is worth  £3.65 – not bad for a chicken sandwich!!

Trevor Walton Writes:-
A picture of my favourite waterhole, the Cecil veranda! It was a great meeting place and the toasted chicken sandwiches were to die for. We also had a good view of the police charge office and can recall many amusing events. One of them was that a grossly overloaded local truck, chickens and all, was hauled in and in no time there was a hen with her chicken on the Cecil veranda looking for scraps! 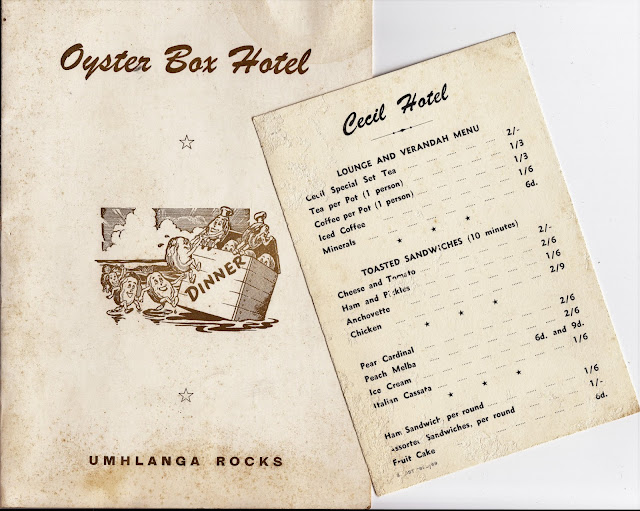 Album(s) - dozens of them
As I have already mentioned last month and again above I am presently going through all the family albums.  We have already taken 8 to the Recycle centre as the sticky pages are no longer sticky and the pile just does not seem to get any smaller as you can see from the photograph below!!  Oh dear!!  They are still my mothers’ and I have about another 12 more of our own  photograph albums not to mention a large box full of photographs that I took out of large albums before returning to the UK.  Oh dear again!! 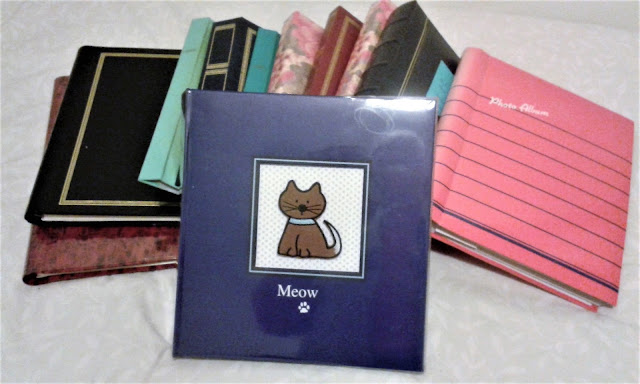 Shoe (s)
On a trip to Anglesey a few  years ago we stopped at a lovely tearoom for tea and scones (which were delicious, by the way) and in the yard was a selection of oddments made out of old farm implements and included this fire pan made out of horseshoes, the centre of which was filled with many more horseshoes. 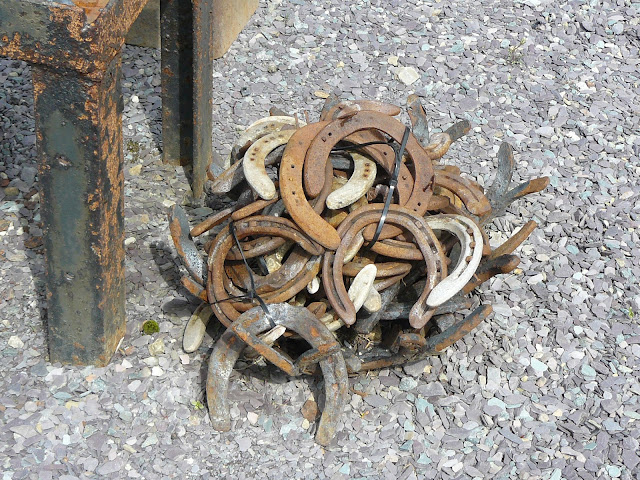 In my hand
This little shoe was given to me by a gypsy lady who knocked at our door in Hemel Hempstead in 1988.  She offered to tell my fortune if I crossed her palm with silver.  Never having met a gypsy before as I had lived in Central and Southern Africa almost all my life, I could not refuse.  I left her standing at the door whilst I got some money out of my purse.  When I returned she told me I had lived in Africa and would soon return there.  She also gave me this little shoe as a good luck token.  When I told Brian afterwards of my encounter he laughingly told me I had been ‘had’.  Where she was left standing in the front door she had a clear view into our dining room where we had many African artefacts which were a complete give away.  I see that the silver is peeling away – a real cheap souvenir of my first and only gypsy encounter. Anyway I have always kept this little ‘silver’ shoe in my handbag – just in case!!! 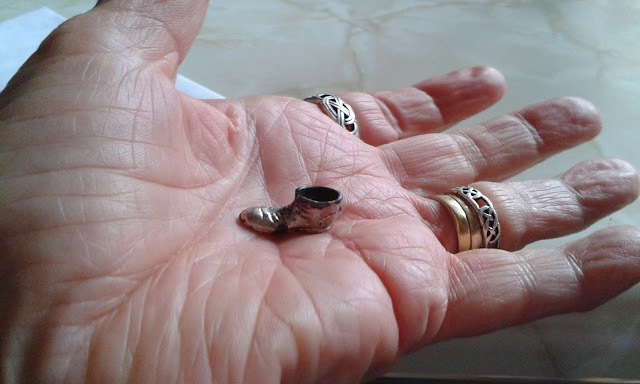 Macro
A very small moth I found on this sign in my garden last summer.  I think it might be a Cream-spot Tiger Moth, but I'm not too sure. 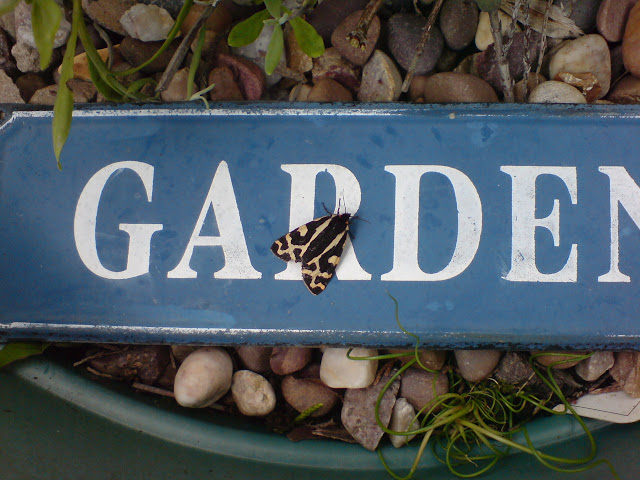 Morning
Every Easter Sunday all the local churches get together to have a Sunrise Service at De Gama Dam, near the Kruger National Park in Mpumalanga, South Africa.  This picture was taken a few years ago just as the sun rose at 6 am.  The cross like structure in the foreground is quite by coincidence but very appropriate, it is actually the mast of a sailing boat moored there. 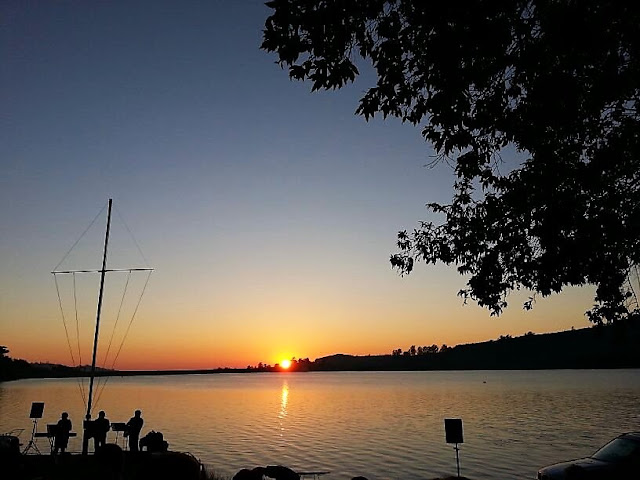 Rule of thirds
Many of my ‘rule of thirds’ are in error, but not here.  I wanted the aloe to contrast with the far distant haze of the Low Veld looking eastward toward the Kruger National Park.  The picture was taken from the top of the escarpment at ‘God’s Window’. 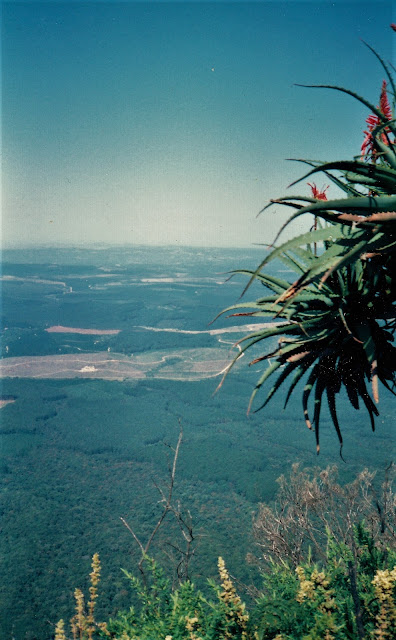 Something beginning with H
There are so many words that one could choose beginning with H but I always try to find something a bit different and have chosen this picture of baby hyena.  They had been left by their mother in a culvert under one of the many roads around the Kruger National Park.  She had not abandoned them I am sure, just gone off hunting.  Normally one cannot get so close when mother is around so we were very lucky to spot these cubs.  When we stopped to get a better look one brave little cub came out of his safe shelter. 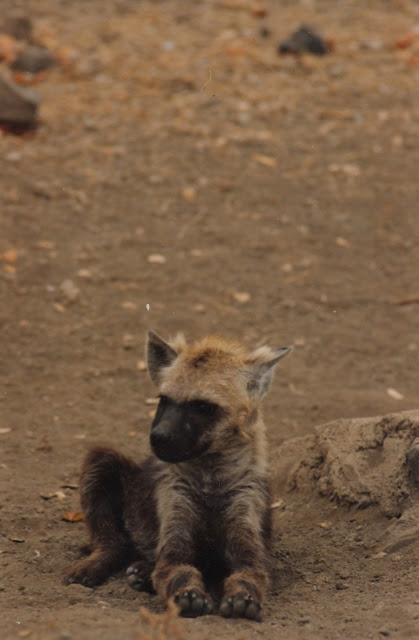 Tools
My father was given this little set of tools in 1960.  It had everything you could think of and it all clipped into the handle of the knife in the centre.  It always fascinated me as nothing had been seen like that in Rhodesia before. It is small, only 3” x 5” when zipped closed.   It now belongs to my husband but sadly is never used as multi tools seem to have taken over these days. It has Dreizack Solingen GDR of the old East Germany on all the pieces. . 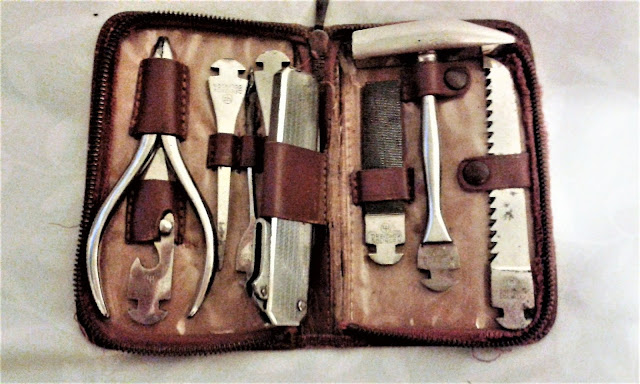 My own choice.
While looking for the picture of the young hyena cub I came across this picture of Southern African Starlings mobbing a Hornbill over a piece of bread we had thrown for it.  We had been having breakfast in the Kruger National Park rest camp at Skukuza when we were suddenly surrounded by birds.  I love the iridescent colour of these starlings.  They have the same characteristics as the European starlings but are just much more colourful. 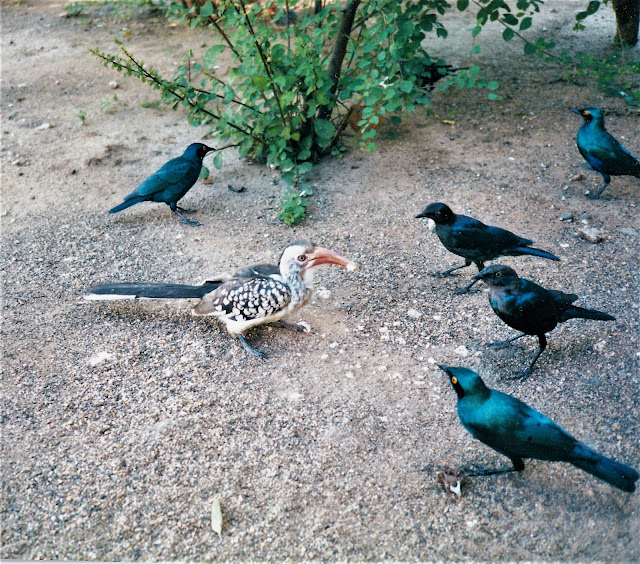