Another selection of words set by Hawthorn for us to match up with photographs.  I really had to dig deep for inspiration for these photographs.

I could have looked for blue sky or seas but preferred to use this photograph taken whilst on holiday in Northumberland.  As you can see the tide is out at St Abbs Harbour. Scotland, but it made the blue show up more against the harbour bed. 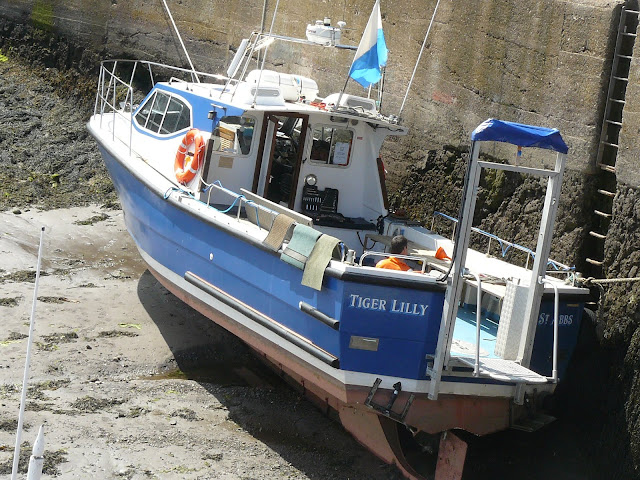 I will be interested to see how others interpret this heading.  Me has to be me so I dug out this old photograph taken by a professional photographer in St Albans many, many moons ago.  I don't usually look this happy and relaxed in photographs.  The innocence of youth, no posing, pouting or saying 'prune' as most young girls say now on their selfies. Just honest Me!! 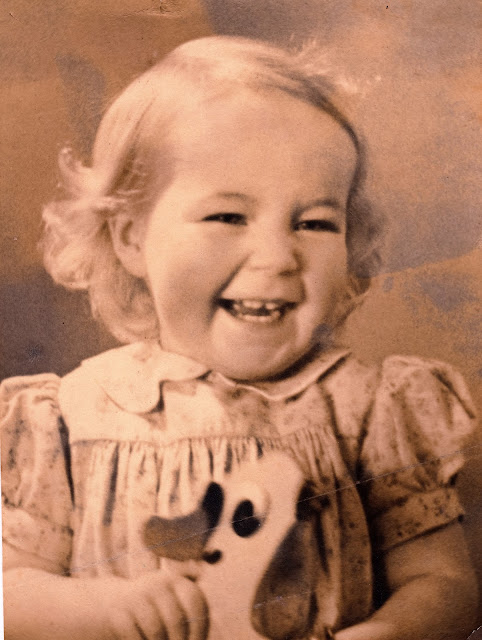 This picture is taken of Jak, my namesake, our beloved old cat who passed away a few years ago now. He was able to communicate with us by his body language.    He would fetch us and say when something was wrong outside like a parcel delivered to our neighbour standing in our shared passage, or a strange car had arrived and parked in 'his driveway'  though his best one was pawing at a particular cupboard door which he could make rattle and that meant he wanted to go out.  This one says 'my food has been standing there for hours, I want fresh stuff!!  He just sat in silence a little way from his tray and said  nothing at all. No miaow just a look that said it all. 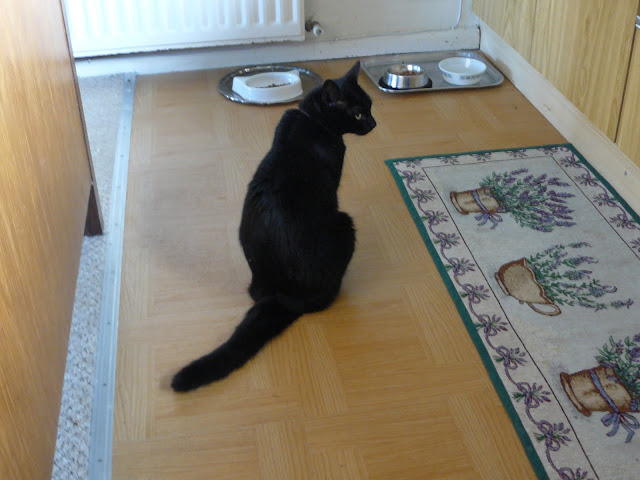 Again taken in Northumberland, this time from the farm cottage where we always stay in Lowick, in easy reach of  Bamburgh Castle and Lindisfarne.  There is a faint shadow rainbow here too 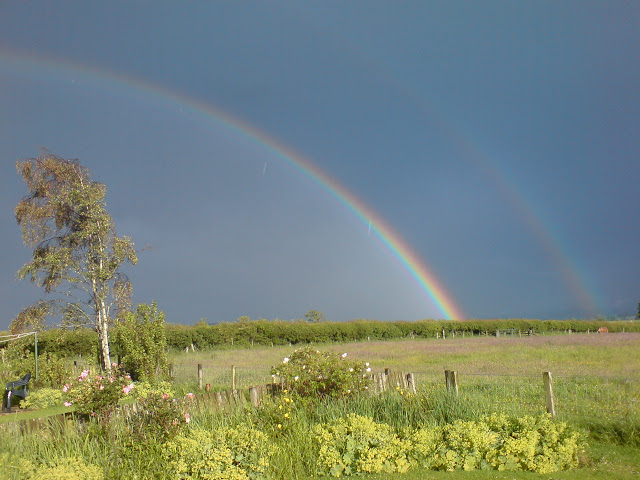 Until I managed to find the rainbow picture above I was going to cheat and link headings 4 and 5 together as this is the Rainbow Arch still standing in the ruins of the Priory on Lindisfarne or Holy Island as it is also known. 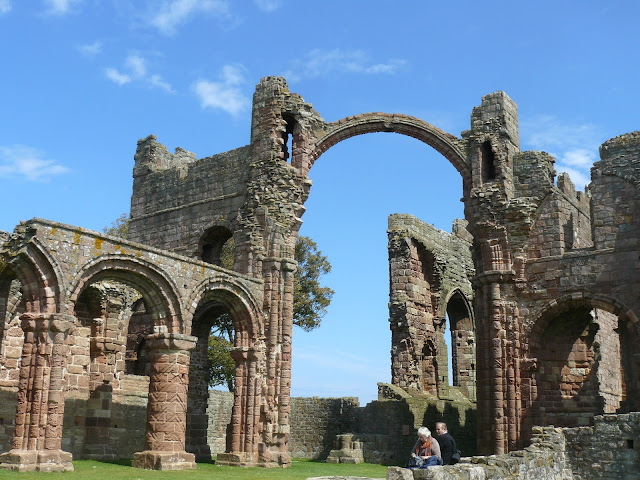 I do not have any of my toys left as I passed them on to Kate and her brother so this is a picture of Jess, our son and his wife's yellow Labrador.  She is holding her favourite toy, a pheasant called Fezzi,  which of course has a squeak which she loves finding and biting on it to make it quack. 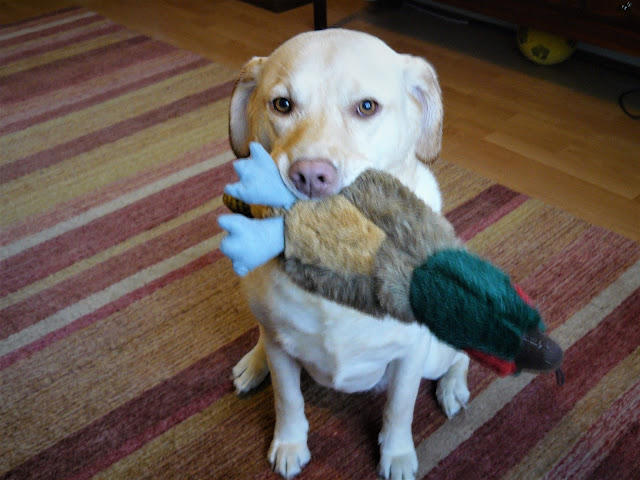 Here is a swirl with a difference - swirling roots of a celeriac.  I must say we enjoyed it mashed with potato on top of a cottage pie.  Delicious. 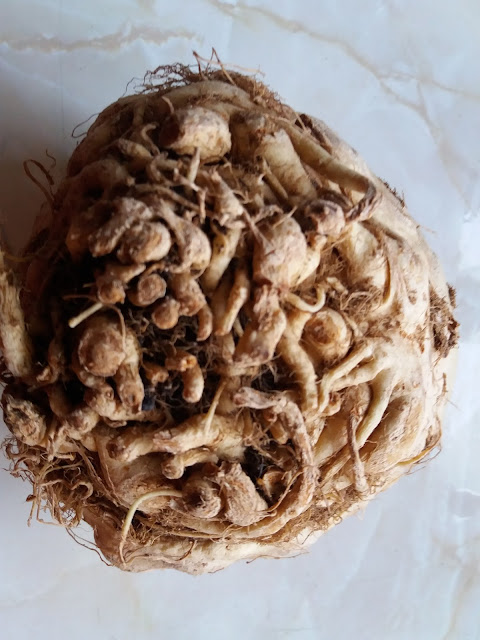 Beyond the brush is Mazabuka's only aircraft, runway and hanger!  My husband B spent much of his childhood, until he was old enough to go to boarding school aged 12, on a research station in Mazabuka, a small farming town near Lusaka, Northern Rhodesia, the capital of present day Zambia. Picture taken C 1948. 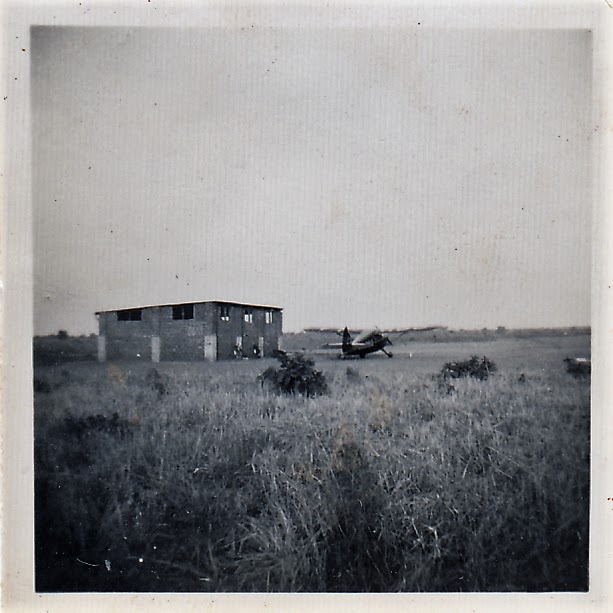 I am getting desperate here, could not use my own nails - nothing exciting there. Did not have any rusty old nails in the two old horse shoes I have in the garden.  No exciting nails in B's shed - except perhaps a few 6" nails so I started thinking about notices nailed up.  I remembered this, again taken in Northumberland, but when I found the picture there were no nails - only a couple of rusty drawing pins.  So I have cheated......can you see what is holding down the sign on the right side of the picture.....a (s)nail!! 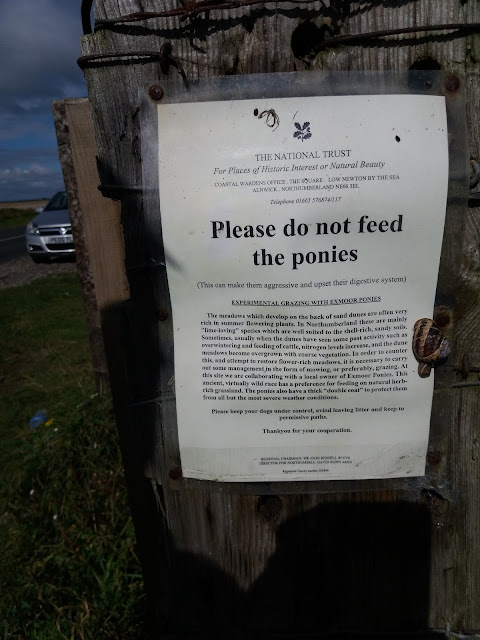 A few years ago now B and I took our grandchildren to see the collection of vintage planes at Carlisle Airport.  We were lucky enough to be allowed to climb into a beautiful Vulcan Bomber (XJ825) and Eldest and Youngest were invited to sit in the cockpit as they were the only children in our group. The boys were thrilled.  If you live near enough and are interested in aeroplanes, this is worth while visiting. There was a small museum attached to the display with many interesting aeronautic memorabilia. 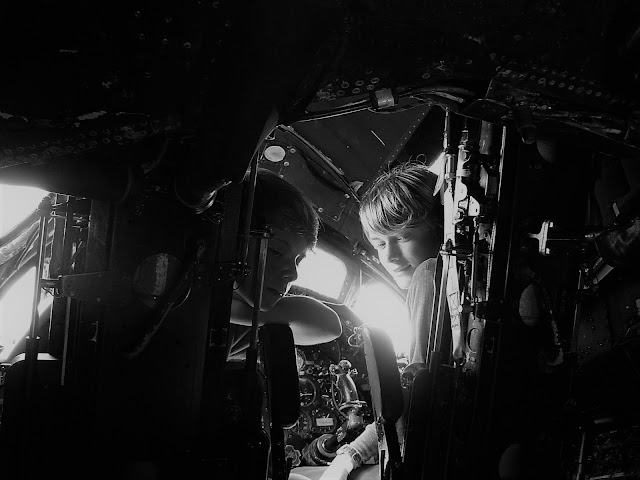