Panic.........I've just realised it is the last Friday in the month.....there are none next week.  I have done no more than think about the words when they were first published by Kate.   So here is a most hurried selection of photographs and words.

I have a few pictures of a certain daughter paddling in sea at Capetown but not sure if they would be met with approval so I have resorted to using a picture of our 'grand dogs' Roxy and Jess paddling in the sea at Northumberland.  Roxy, the chocolate lab only ever paddles, won't get wet beyond her elbows where as Jess so loves swimming she will swim out and then surf in on a wave. 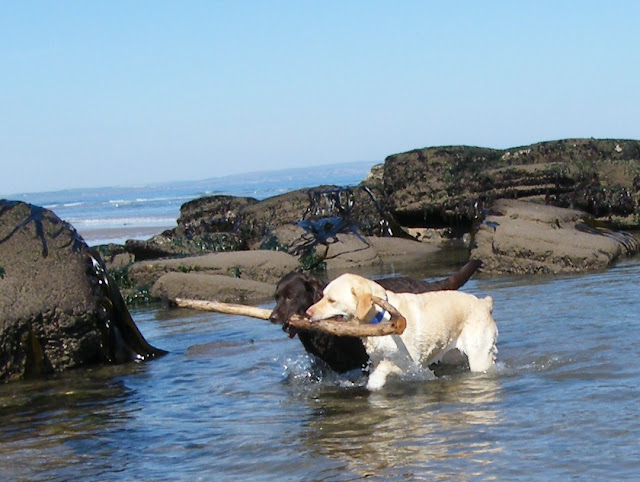 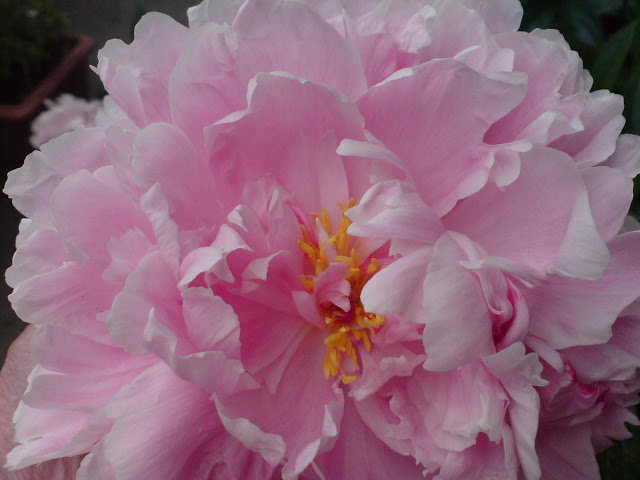 ...........but decided to use rather a picture of a hippo sleeping in the sun, slowly going pink.  Tourists who see often this think they are turning pink because of the heat of the sun burning them but actually it is a natural sun screen. They secrete a reddish oily fluid from special glands in their skin which is very sensitive to sunburn.  I remember the first time we saw it we were most confused to see a pod of hippos lying on the river bank, all pink not dark grey. 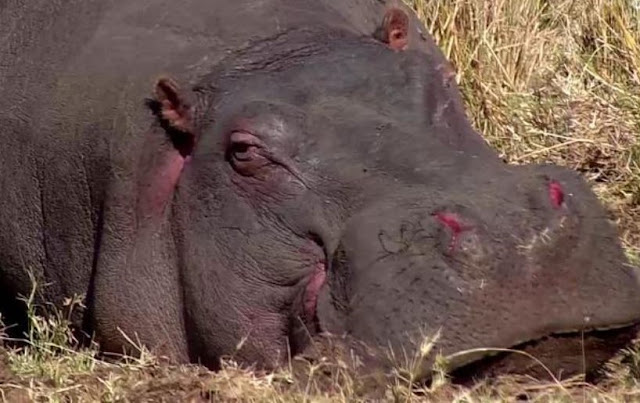 Elephant - what else.  Those who have followed my posts will remember that I watch the Africam.com site for hours.  Have it on all day when home and even at night casting an eye on it while watching television.  Last night we were lucky enough to see a pride of lions sleeping then gradually all waking up and going to the water's edge for a drink.  I take photographs of the computer screen with my smart phone which is why the colour is not quite right. 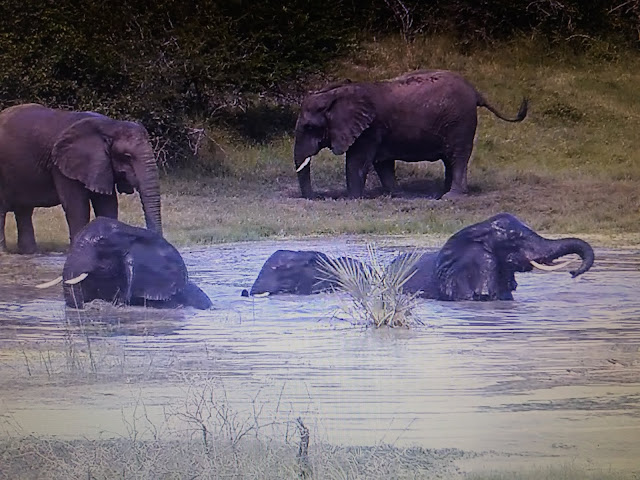 Last year our landlord decided to cut down all the leylandii trees growing down one side of our garden.  They were getting too high and did make our garden very shady on that side but oh dear, what a big job it turned out to be especially as he decided to do it  himself with the help of a friend.
As the trees were right next to B's shed and my greenhouse we watched anxiously as the trees alongside were chopped down.  Of course the inevitable happened and one branch of a large tree crashed down on the shed roof.  Fortunately very little damage was done.....a small tear in the roofing felt but the force of the falling branch hitting the roof made the contents on the shelves all bounce off onto the floor and  on another occasion  lost one pane of glass in the greenhouse!!! 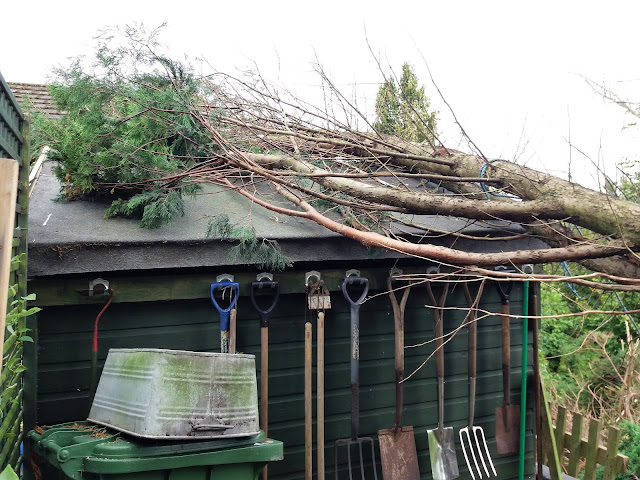 This is a picture I took of a zebra drinking late in the evening at Nkorho pan.  I just love the reflection in the water.  It is mid winter in South Africa now and you can see all the grass has either been grazed or died back till the rains start in October/November. 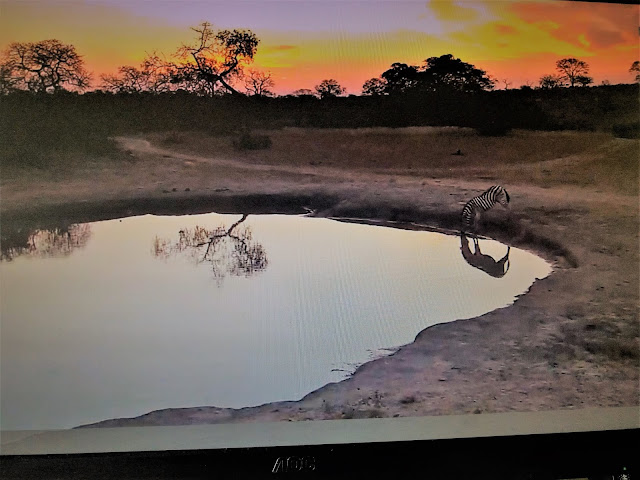 Unfortunately Kate is having internet problems as she changes provider so I may have to wait a while to read others interpretation of the list of words but they will be worth waiting for, I am quite sure.
Posted by Jak at 8:13 pm 7 comments: