This October I  have spent many hours putting old slides, some dating back to 1959, onto my computer, then having started this I am now tackling all my mother's old photograph albums which have included many pictures going back to pre WWI, even some pictures of her and my father as babies, beautiful studio photographs.  So this month I will be using some of these old photographs as well as some from more recent ones I found in her old albums.

This lovely photographs was taken many  years ago in Hawthorn's garden where she had a bouncy castle for the boys birthday party.  This is Youngest taking it all very seriously!! 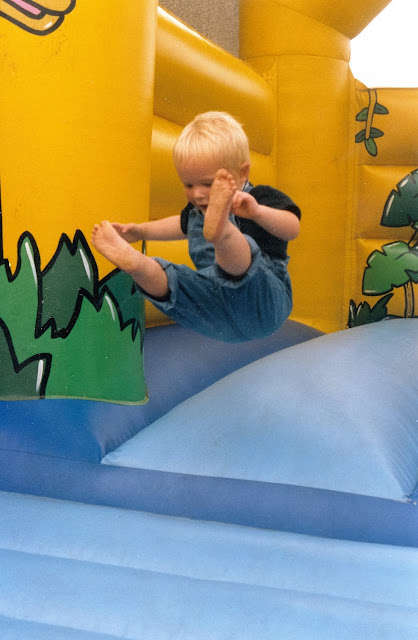 Whenever we go to Northumberland on holiday we just  have to go to our favourite seafood restaurant in Seahouses for fish and chips...............my mouth is watering just thinking about it! 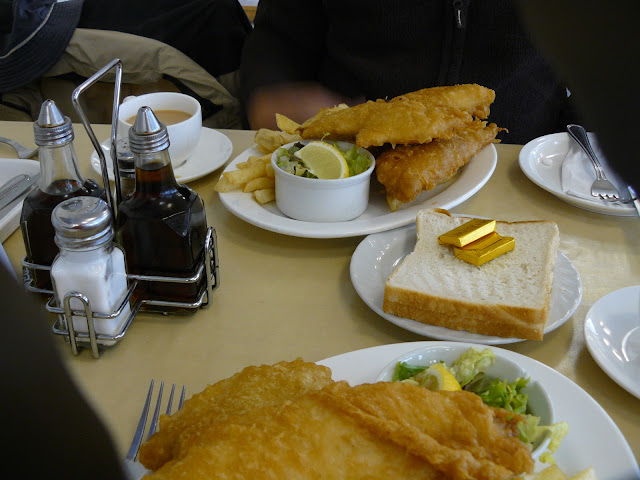 Elevenses .....who can resist a mug of coffee on a bench in the sun out in the garden.  (Jak gloves a gift from a good friend. Thanks M) 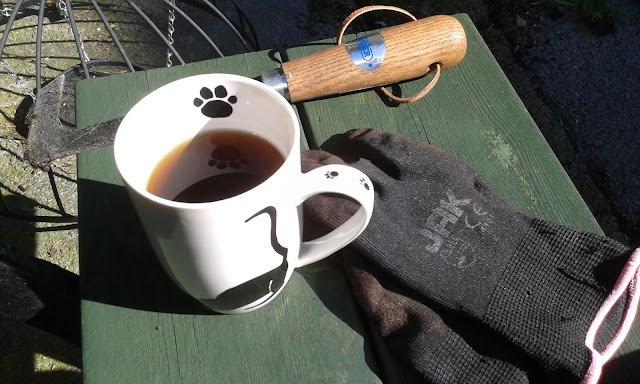 I have been spoilt for choice with this title as I had so many black and white photographs to choose from as well as pictures of black and white cats and dogs but I have chosen this very old photograph of my grandfather Valentine taken in South Africa during the Boer War.  That is him seated second from the left. What a stern gentleman he looks to be but then that was the style of photograph in those Victorian days. 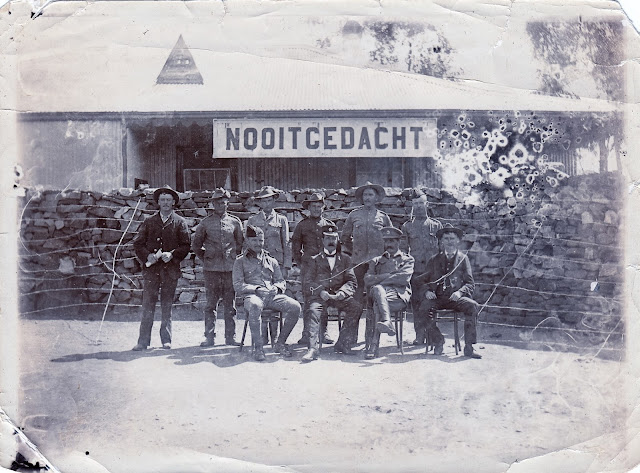 I love looking up at the contrails in the sky and wondering where the planes are going to; whether the passengers are holiday makers, business executives, people leaving the UK to live in a new country............bon voyage. 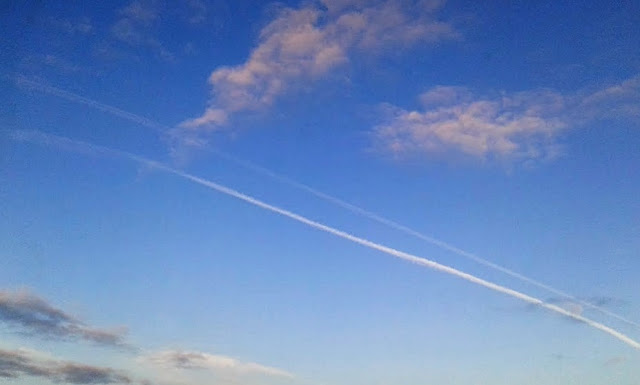 6.  Something beginning with T

T is for Two Tonkenese........two evil sisters who spent their days plotting about the best way to catch birds............though they got that wrong as they never worked out that they would never catch a bird sitting in the bird feeder!!  If you look closely at the post they have their beady eyes on a gecko.  This photograph was taken in our garden in South Africa some years ago. 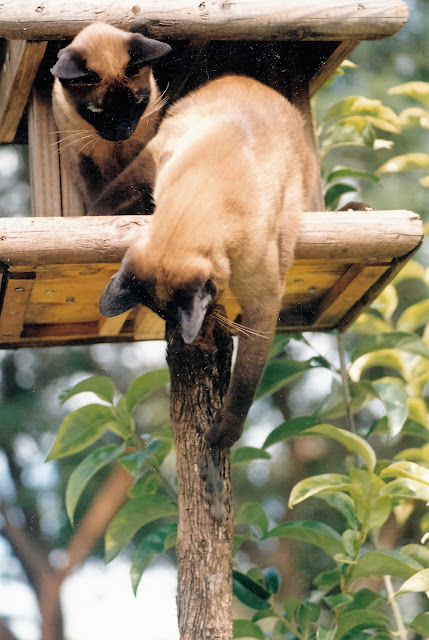 Not all landscape views are breathtakingly beautiful, some are stark but still amazing.  This picture was taken at the beginning of the steep descent after passing the Honister Slate Mine on top of the  Honister Pass in the Lake District, Cumbria.   This narrow road wound down and down - after a hairy narrow ascent from Borrowdale - until it reached Buttermere and Crummock Water.  It was a very memorable drive. 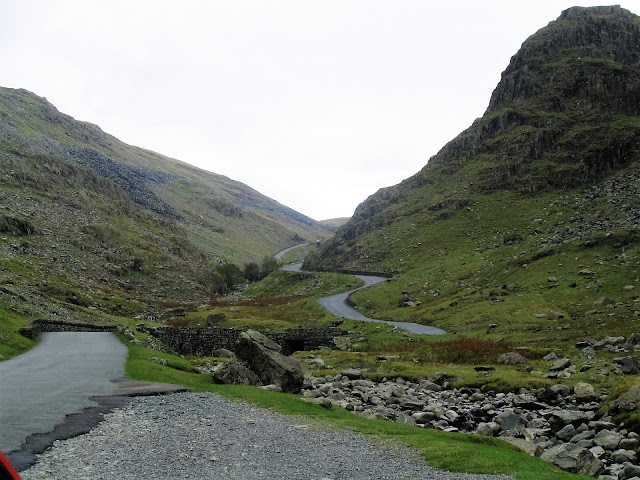 Two doves sitting on a branch outside our lounge window.  Sadly the local council have cut down the tree and we no longer have birds and squirrels so close.  Picture taken on ordinary lens only slightly zoomed in. 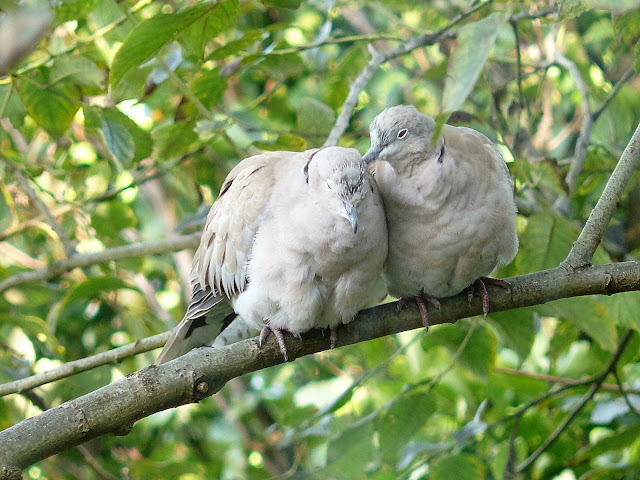 Another from the family archives.  This is me having fun on a swing in about 1946.  Sorry about the what looks like tomato sauce on the picture.  I tried to remove it then tried to be clever and clone the skin colours but gave up in frustration. 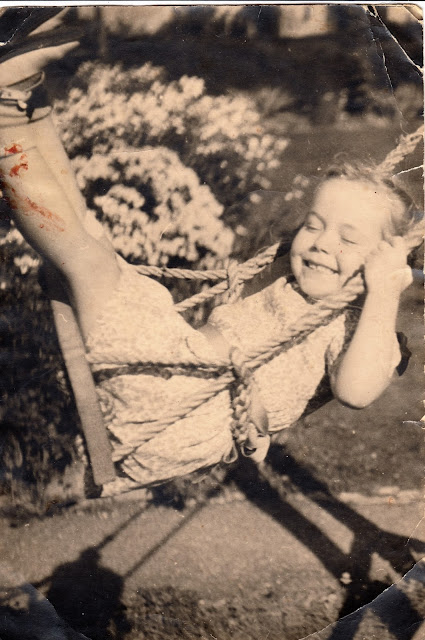 This photograph is one of family legend, often talked about and just recently rediscovered. It is Hawthorn aged about 7 with her younger but now very much taller brother aged about 3 walking around our garden in Salisbury, Rhodesia (present day Harare, Zimbabwe).  The train being so reverently carried is actually their tent!!   The colour on many of the old slides is not good any more, especially the Kodak ones, so I am glad we are rescuing them before they deteriorate any further. 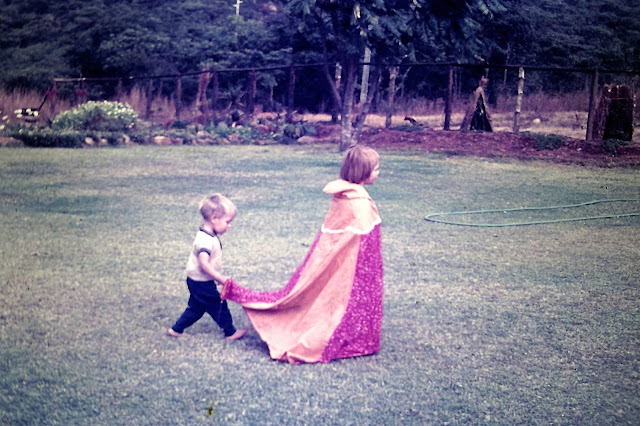