I am so glad that Hawthorn has started the monthly photo treasure hunt.  The only trouble is that I had not noticed when it was due and also unaware of the date - when you are retired dates are not so important especially as time flies by frighteningly fast.  To link up with others joining in click HERE

Every year we go to Northumberland to a farm cottage for a week.  We normally go in September/October after school holidays when it is even quieter than usual.  But in 2016 we chose to go in Spring as I had a hospital date for later in the year.  What a surprise it turned out to be.  All the spring flowers were out and there were just miles and miles of glorious yellow rape fields just about everywhere.  Below is a field of yellow with Bamburgh Castle in the background. 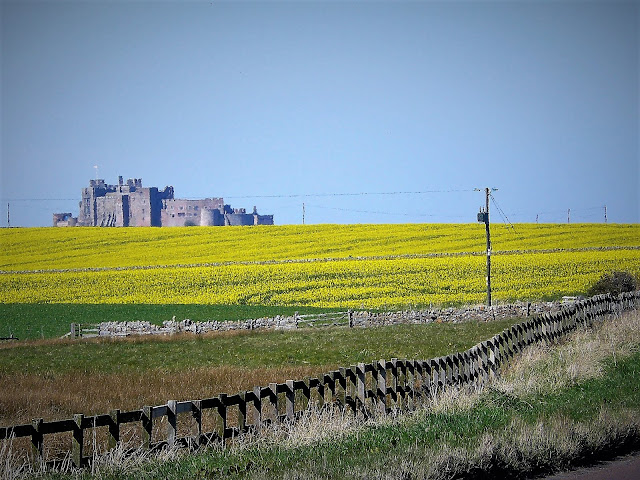 One year we were wandering around nearby Berwick-on-Tweed and came across this charity shop. I was actually after wool for the Kitty Blankets we make for a local cat charity.  There inside was this amazing 'dress' made entirely of Ordinance Survey Maps.  I've been waiting ages for Hawthorn to choose a subject heading where I could use this picture and then when she chose 'something beginning with M' I completely forgot!!  So it is coming in under 'O'!

I actually did get some wool there.  The manager's sister was closing down her wool shop and had donated baskets and baskets of brand new, top of the range balls of wool at £1 each! 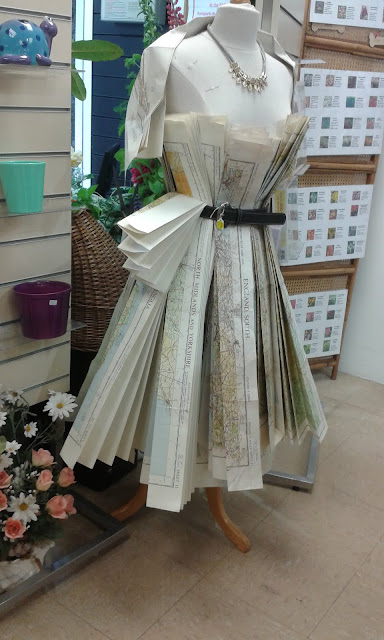 We have had this light for quite a few years - the picture does not show it well but the lamp shade is more light brown than red.   I took a photograph to show Kate that we had put her picture she had done for her Dad of his 'tame' squirrel Emma on the wall above the light.  I was so surprised to see that the pretty pattern of holes on the shade look more like 80 than the twisty chains.  It also throws the 80 pattern on to the wall  behind and we had never noticed it before.  The cat picture framed on the table is a picture on slate of our old beloved cat Jak (I take my  name from him) that Kate had also done for her Dad. 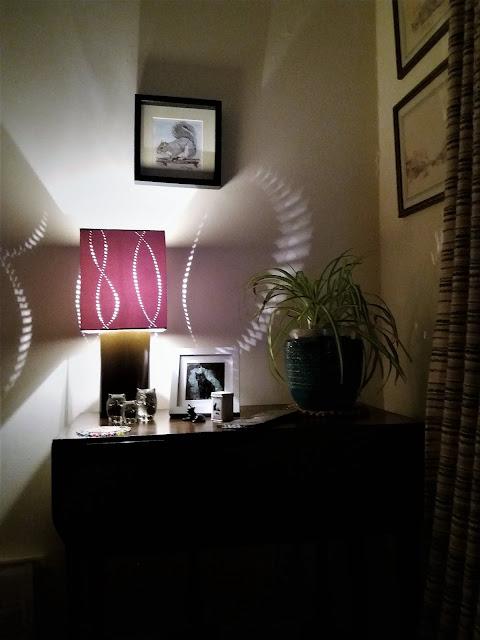 On a visit to Empress Sewing Centre in Colne I was so impressed with this display of zips.  I had never seen such a large selection and colour range.  There was another display, equally as large on the  wall on the opposite side of this alcove. 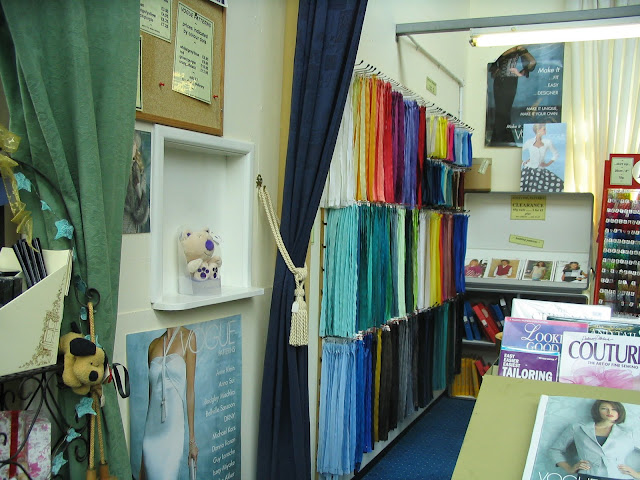 This is Roxy, our son and daughter-in-law's
chocolate lab.  She will do anything she is
asked and puts up with a lot. 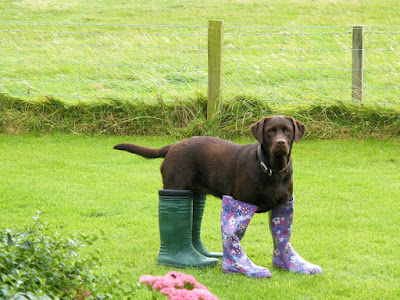 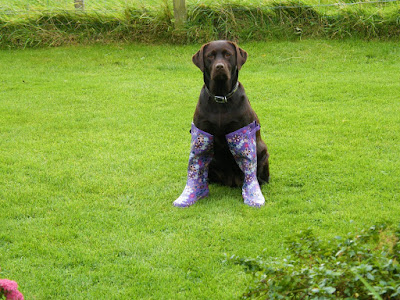