Another week has flown by and for once I had planned what I was going to do.  My friend Threads through my Life is always so good on checking that I am ready and this week I was able to tell her I was all organised.

The title for this week is 'Unexpected'.

My picture this week is of a most Unexpected surprise ....... a beautiful cyclamen, a present from Katie and Himself.  They were kindly dropping off a little bit of shopping we were needing and this was inside the bag.  It was a most unexpected and most appreciated present.  🧡 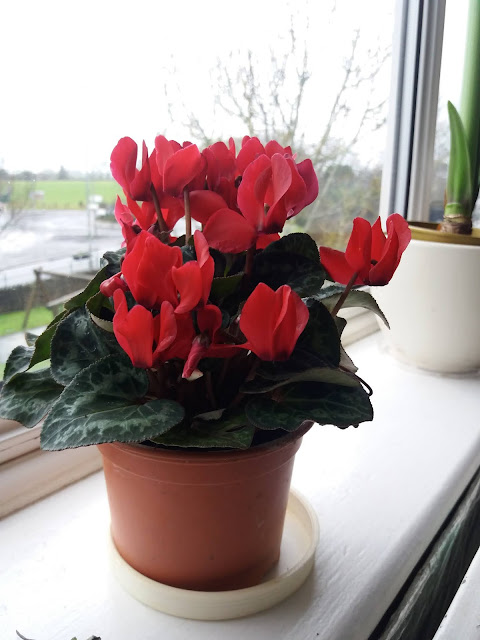 But then she produced another unexpected surprise a couple of days ago.  She had been tidying up and found this.......... 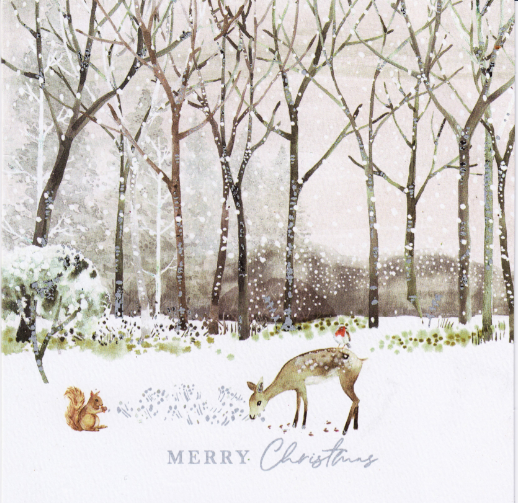 ................a Christmas card, unopened, addressed to us, from Youngest and his GF.  It was an unexpected surprise gratefully received and the added illustrations inside made us smile too.    An extra unexpected bonus has been that when I scanned and enlarged the picture we saw there is a robin perched on the deer's back that we had not noticed before.  Thanks Youngest and GF.🧡
But how can I do a weekly blog without my usual dose of animals from Africam.com.   I was watching the screen when suddenly this head popped out of the bushes.
So Hello - he was an unexpected surprise. 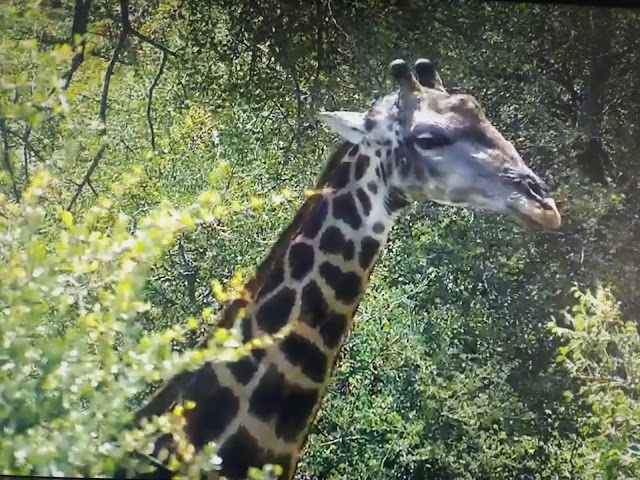 This was an unexpected surprise too.  I had just been looking at all the water plants that have grown since the pans and dams have filled after all the wonderful rains that have fallen in Southern Africa when this popped up.    I felt the hippo was actually watching me watching him!!!  (Not good quality picture but taken of  computer screen and the camera man had zoomed in very close). 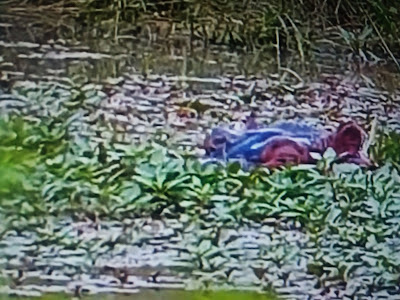 This blog has been unexpected for me too as I had only planned to use the cyclamen picture this week  but 'like Topsy, it just growed. **'
(** Quote from Uncle Tom's Cabin by Harriet Beecher Stowe)
Have a good week everyone, take care and stay safe.