This weeks title rather threw me.  I am not often lost for ideas but this one stumped me until I had a text conversation with my friend Threads Through My Life and she made me think clearly.  I'm afraid most of my pictures are not about SPACE  but rather the lack of it!!

My first picture is my banner picture above.  We love the wide open SPACES in Northumberland that go on and on forever, both sand and skies, and not having to go during school holidays the beaches are gloriously empty except for occasional horses and their riders and dog walkers.  This picture shows Bamburgh beach and castle.

My next group of pictures is one I am sure you will all recognise - a picture of an Amazon parcel.  This one rather took the cake.  The parcel arrived and I had no idea what was in such a large box. I left it standing for a while before opening it with gloves on (this was earlier when we were all being ultra careful, before inoculations) 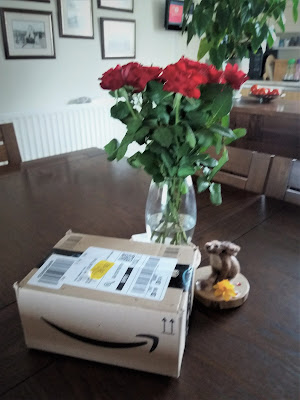 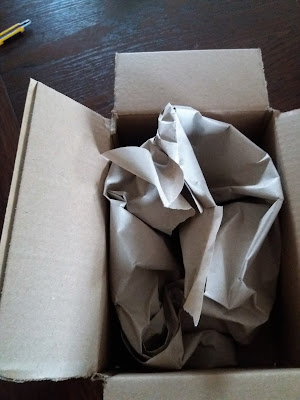 around a new strap for my watch!!! 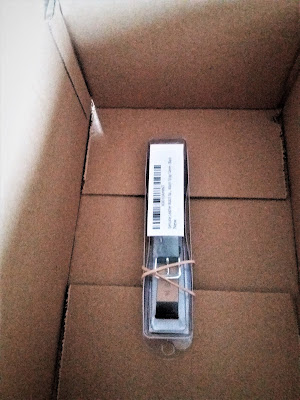 I thought it would arrive in a padded envelope - I should have known better!!
On the plus side - it was the correct strap and fitted beautifully.
My next picture shows more SPACE - or rather the lack of it again.
Let me explain - whenever we went to Northumberland for a week to stay in a lovely farm cottage our son would look after Jak.  We lived in the same block of flats, we were at one end and DnJ at the other.  D would come in daily and feed Jak and let him out into the garden.  This lasted for a couple of days then Jak would have had enough. By about Tuesday he was fed up with us being away, cross too I would imagine, so he would move in to DnJ's flat.  He loved the dogs, and they tolerated him.  He would scratch at their front door to be let in then would go into the office where the dogs had an old settee.  He would jump up on to it, much to their disgust and make himself at home. 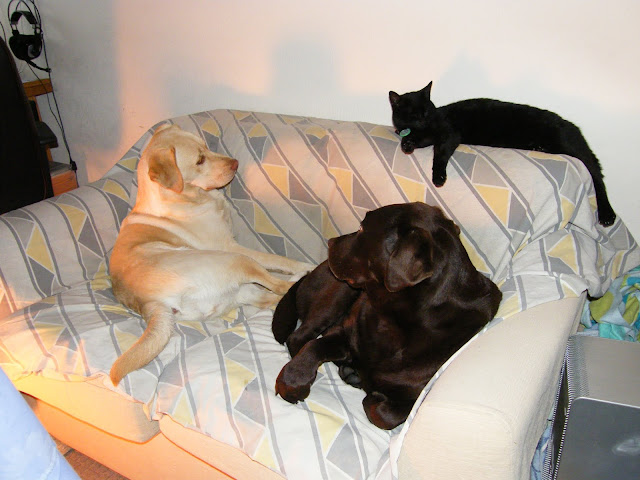 They are not too happy about him being there. 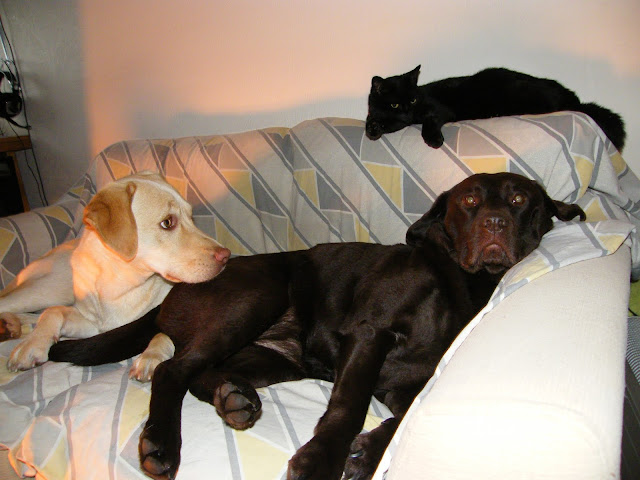 Till eventually Roxy would give up her SPACE and leave it all to Jak!! One smart cat!! 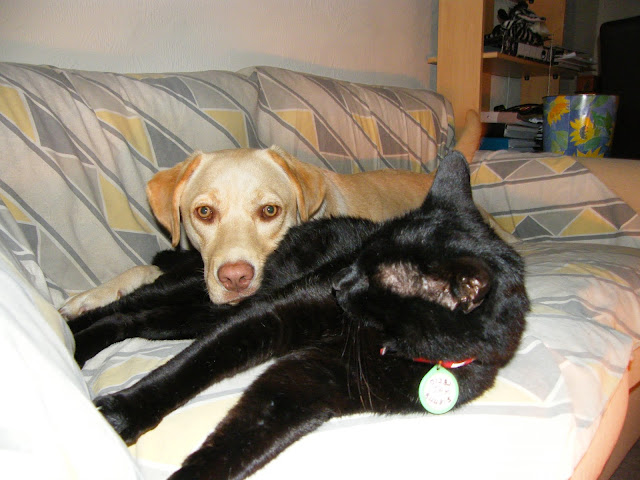 Don't know why  he looks a bit bald in this picture.
This next picture shows a little baby elephant trying to find his SPACE at the waterhole.  He is so little and the others so big. 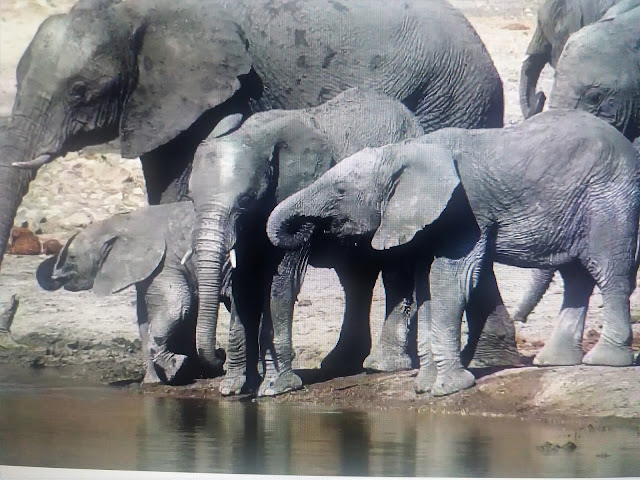 My next choice is also from my Africam collection.  I have used a similar picture before showing an assortment of animals all vying for SPACE at the water hole.
There are elephant,  nyala, impala and waterbuck all mixing together as water is getting short in the dry season. 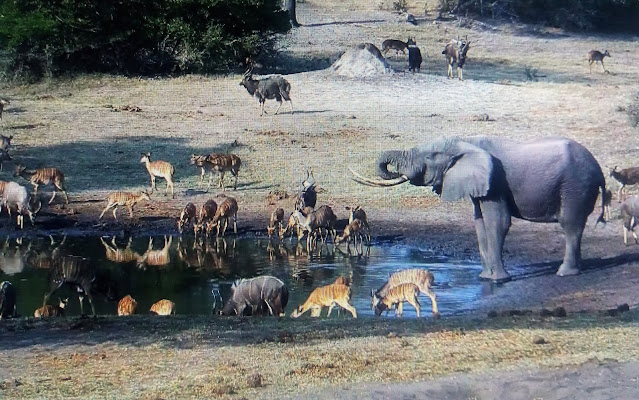 My final picture/s is a different type of SPACE...... the Springbok Flats.  They stretch for about 100 miles from Zebediela where we lived, towards Pretoria.  Their name indicates an abundance of springbok** but now few remain except in game reserves.  It is extremely flat so we could see for miles. This was the gorgeous view we had from our garden.   I took these photographs as a panoramic set when I did not have that feature on my camera so I have just lined them up to scan.
** famous for their 'pronking' , strange leaps into the air as they run, lifting all four feet off the ground simultaneously, with legs held in a stiff position. Pronk is from the Afrikaans word describing showing off.

Now off to see what everyone else has posted this week.
Posted by Jak at 9:24 am