This week's word search brought up so many pictures that I could use for 'Costume' and next week's Halloween that I have had to just select a few or I would have none left for next week.

The first picture is of our son and daughter-in-law's dear Roxy being 'cool man, just cool' in her cowboy hat and shades. 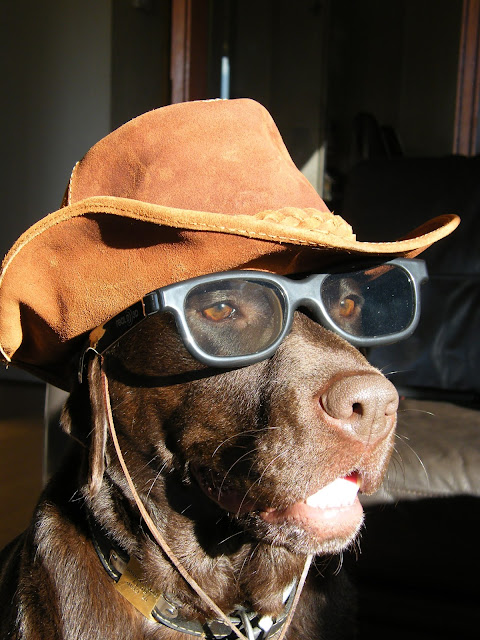 The next picture is of a fabulous Viking warrior in an annual Garden and Scarecrow festival in a local village.  Such a lot of work has been done making this costume. 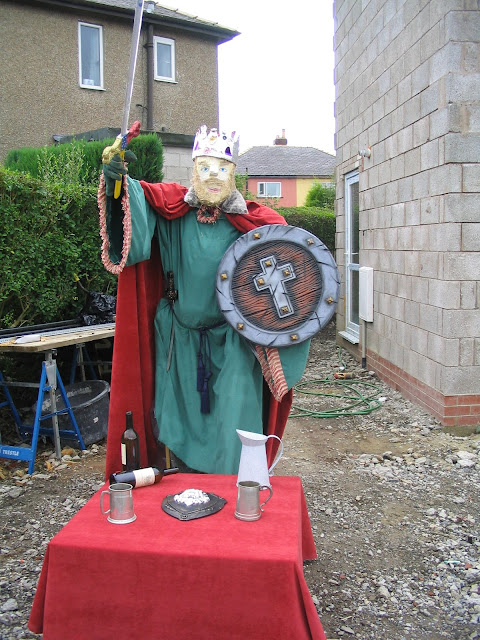 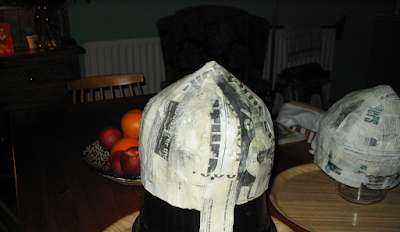 Papier-mache on balloons was used to make these Viking helmets.  The things I did for my grandchildren when they were younger. 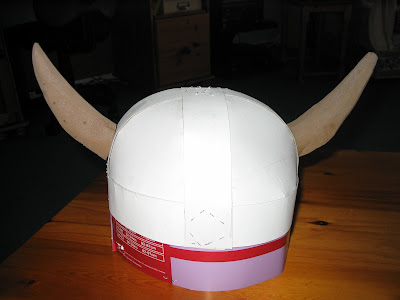 What a wonderful headdress this is.  This is our son-in-law wearing a fantastic costume for one of their many Halloween parties. 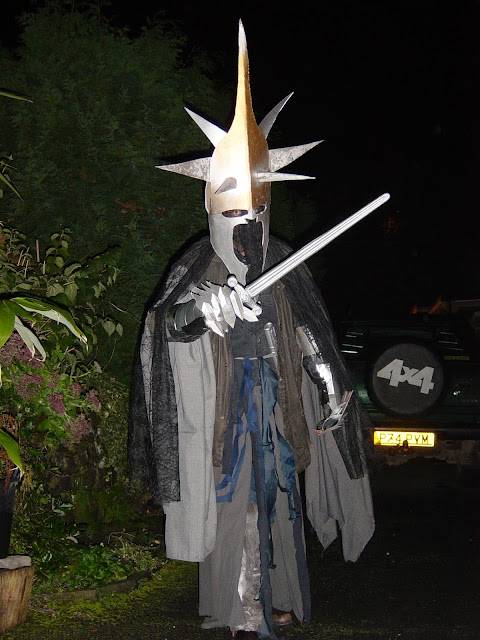 A tradition started some years before had the men dashing down the hill late at night on the grandsons scooters, wearing their full fancy dress costumes.   This is not the local vicar but a friend wearing a borrowed cassock. 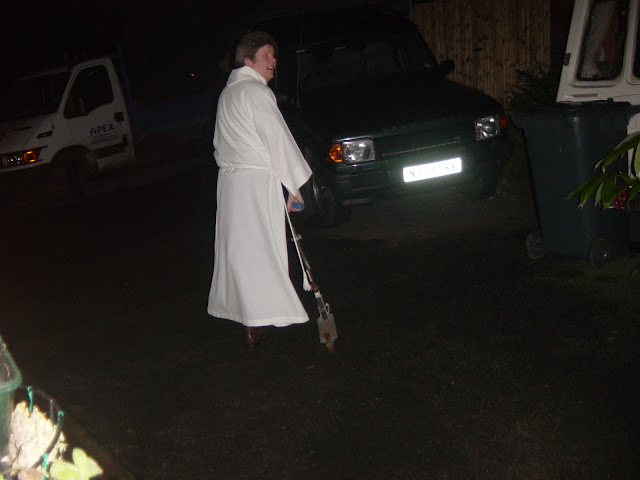 Warming up for the big scooter challenge. 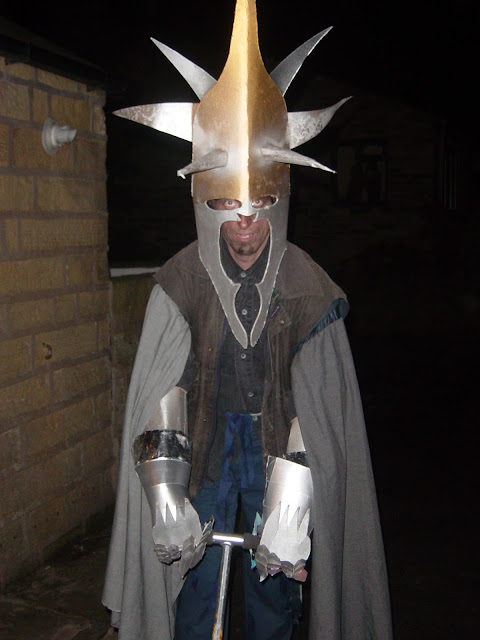 Unfortunately I do not seem to have a picture of 'the local vicar' in full flight down the hill as well but here is this brave warrior at full speed with his robes flying out behind him. 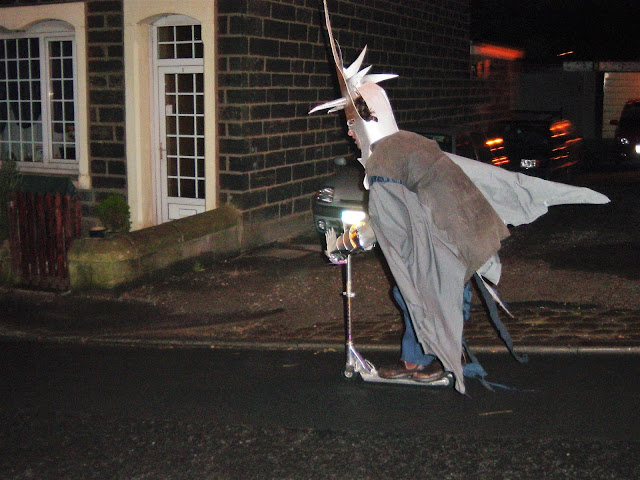 That's my lot for this week.  Now off to see what other fantastic costumes others have found to use.
Posted by Jak at 9:14 pm